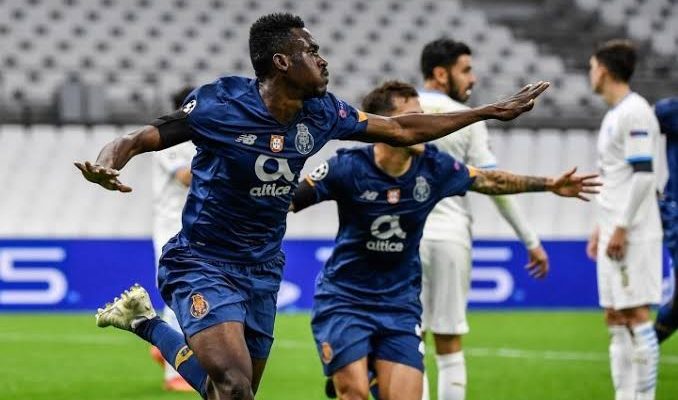 The left-back was impressive during the group stages of the continent’s premier club competition, but a more formidable opponent awaits in the first knockout phase

Porto’s Zaidu Sanusi is the only Super Eagles star left in this season’s UEFA Champions League, and former Nigeria international Garba Lawal has charged the defender to put in his best to help his club win the competition.

Sanusi, who joined FC Porto from Santa Clara for €4 million in the summer, featured in all his side’s continental matches and scored once to help the Portuguese giants make it out of Group C second to Manchester City.

The reward for that progression is a clash with one of the tournament’s favourite Juventus- in a tie that will see Sanusi square up against the iconic Cristiano Ronaldo.

The Serie A champions finished atop Group G ahead of Lionel Messi’s Barcelona. It’s not the best of draws as not many defenders relish the prospect of facing Ronaldo and Juventus.

But former Roda JC ace Lawal wants Sanusi to focus not just on defeating Juventus but on going all the way to lifting the coveted Champions League trophy.

“He is in the round of 16 now, the most important thing is for him to win, ” Lawal told Brila FM.

“Champions League is the biggest tournament in Europe, as a club and a player, everyone wants to play in the champions league.

“The going is tough when you are in the round of 16, there are no easy games, but I am wishing him the best of luck in the competition.”

In four previous meetings between Juventus and Porto, the Portuguese side has never beaten their Italian counterparts, who has three victories and a draw to their name.

Sanusi will, however, hope he can be a part of the Porto side that rewrites history when both sides clash in the first leg in February.