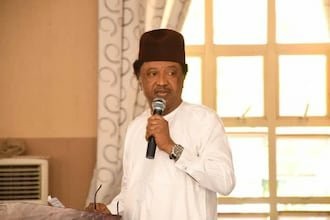 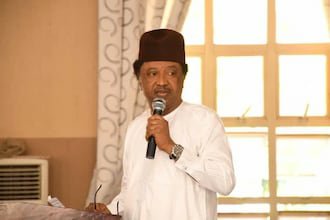 Senator Shehu Sani on Wednesday, December 16, reacted to the reopening of the land borders saying the closure inflicted hardship on Nigerians and worsened the economic situation of the nation

The former Kaduna federal lawmaker who made the disclosure during an online interview programme, The Roundtable by Punch newspaper added that closing the borders did not yield any result.

Sani countered the earlier claim made by the federal government that the 16-month border closure helped boost the country’s agricultural output or rice production, noting that it wasn’t true.

He went on to add that herdsmen and bandits were not stopped by the border closure from moving in with weapons.

The former lawmaker added that the closure of the borders is not the solution to smuggling but the use of technology.

Sani’s statement is coming after President Muhammadu Buhari ordered four land borders to be immediately opened more than a year after it was closed by the federal government.

This was disclosed in a tweet by Bashir Ahmad, a personal assistant on new media to the president, via his verified Twitter handle, @BashirAhmaad.

According to the presidential aide, the borders to be opened include Seme, Illela, Maigatari, and Mfun.

CHECK IT OUT:  Court Rules In Favour Of Evicted Lagos Community