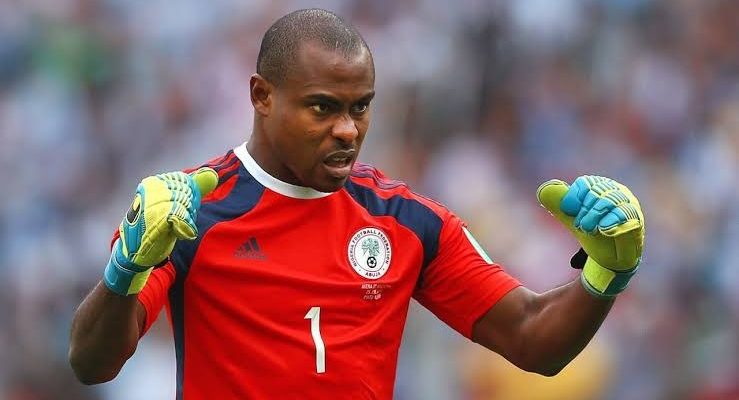 Despite selling star striker Victor Osimhen in a multi-million euro move to Napoli in the summer, Lille is currently the leader of the Ligue 1, a situation that delights former club stalwart Vincent Enyeama.

Enyeama was on the books of Lille between 2011 and 2018, during which time he made 164 appearances for the side and sealed his place as one of Africa’s finest shot-stoppers, having claimed the French league’s Prix Marc-Vivien Foé in 2014.

The 38-year-old gloveman continues to follow the progress of his former club and has been impressed with how Christophe Galtier’s side has dealt with the loss of last season’s top goalscorer, Victor Osimhen.

Jonathan David, bought to replace the Super Eagles forward, has struggled to settle at the Stade Lille-Metropole. Still, Lille sits at the summit of the Ligue 1, one point better off than champions PSG.

The league’s top two teams face-off on Sunday in what should be a cracking affair, and whatever the outcome of that clash of the titans, Enyeama is already convinced that Lille is the best team in France this term.

“What Lille has achieved this season is quite exceptional,” Enyeama told La Voix Du Nord.

“For me, it’s the best French team at the moment, the one who plays the most interesting game.

“And, of course, there will be a blow to play against PSG.”

Lille host PSG on Sunday, knowing that a win will see them go four points clear of Thomas Tuchel’s men at the top of the Ligue 1.