‘It is a lie!’ – Writer Tito Bez-Idakula questions the idea that you can’t question God - NaijaCover.Com
Skip to content 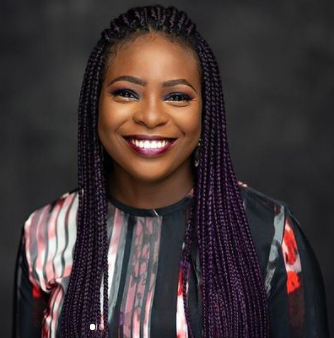 Writer, Tito Bez-Idakula, says the Christian ideology that believes that God cannot be questioned is a lie.

In a post shared on her social media, the mum of three opined that God is a father and is not afraid of the questions that can be thrown at him. She averred that asking God questions doesn’t take away his power or sovereignty.

”Dear Christians, the idea that you can’t question God is a lie. You can ask God questions, because he is a father. He is not afraid of your questions. The Bible is filled with people asking God questions. It doesn’t take away his power or sovereignty. He is not insecure.

FYI! And most times, he will give you an answer. Not necessarily when you want or what you want to hear but he’s not afraid of your questions. You won’t hurt his feelings, he won’t stop loving you, and he still remains God!” 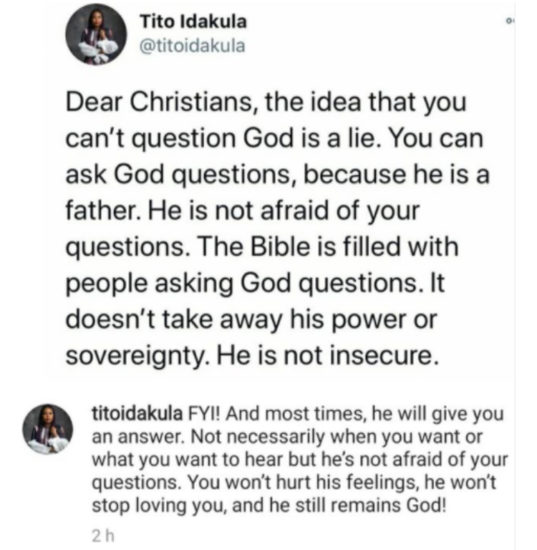 The post ‘It is a lie!’ – Writer Tito Bez-Idakula questions the idea that you can’t question God appeared first on .

CHECK IT OUT:  APC Crisis: You Depend On Thugs, Violence To Win Elections – Gov. Obaseki Fires Oshiomhole