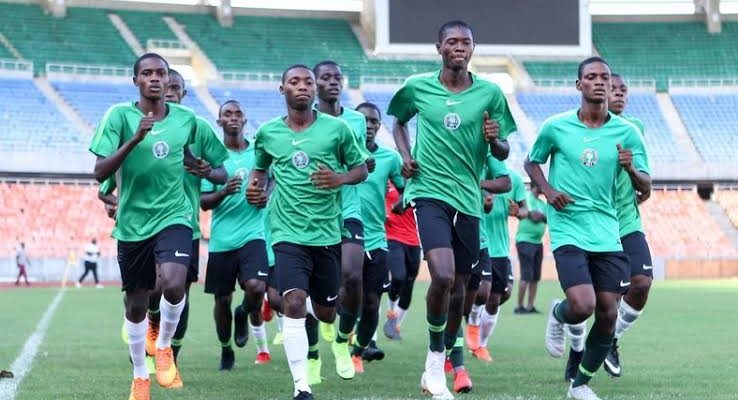 The former Shooting Stars coach is in a race against time to get the national U-17 team ready for its challenges early next year, but he is confident in the preparations being put in place to get his side in the best conditions

Head coach Fatai Amoo says reports insinuating that majority of the Golden Eaglets players in camp failed the mandatory MRI test was wide off the mark as the results of the test have not been made public.

Amoo and his technical crew have been in training camp since October putting together the cadet team that will represent Nigeria in the Benin Republic at the WAFU U-17 Championship, a tournament scheduled to serve as qualifiers for the 2021 U17 Africa Cup of Nations to be hosted by Morocco.

Already hit by the delay in preparations due to the coronavirus pandemic and the late appointment of team coaches, the Golden Eaglets reportedly face a new huddle.

According to various media reports, more than two-thirds of the 60 young players in camp failed the MRI test designed to curb the menace of age cheat.

This could throw a spanner in the works being done to get the Golden Eaglets ready for the WAFU Championship, but the team’s handler insists everything is going as planned.

“We are working on all areas and aspects of the game, we have also scheduled some friendly games to see how far we have gone,” Amoo told Brila FM.

CHECK IT OUT:  England Manager Finally Speaks On BIG FIGHT Between Sterling & Gomez In Camp

“It is true we have done the MRI scan of the players, but no information officially has been disclosed to give the exact players affected by the scan and also the numbers that passed the test.”

The WAFU U-17 Championship, to take place in the Benin Republic, kicks off on January 5 and will run till January 20.