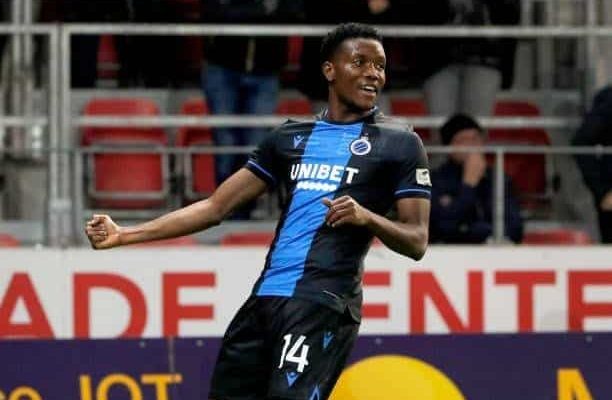 Nigeria international Ramon Azeez made the most of a rare start for Granada, delivering a solid performance that helped power the top division side to the next round of the Copa del Rey with a composed 2-0 win at San Juan on Thursday evening.

First-half goals from Brazil’s Kenedy and Jorge Molina were all coach Diego Martínez’s men required to advance past their Tercera Division opponents.

Azeez would have been particularly pleased with his showing at the heart of the midfield for the visitors.

The 28-year-old midfielder had been out of favour this term, playing just two of Granada’s 12 La Liga games and appearing in none of the side’s six Europa League group matches.

El Grana next play host to Real Betis at the Estadio Nuevo Los Cármenes on Sunday, and Azeez would hope his satisfactory performance against San Juan could get him game time in that league clash.

In Belgium, David Okereke continued his resurgence back to reckoning with another goalscoring outing in Club Brugge’s 3-0 thrashing of Mechelen at the AFAS-stadion Achter de Kazerne.

The €8 million import from Italy’s Spezia got his club’s third goal of the evening after Kreplin Diatta had put the Belgian champions in charge with a brace in the 62nd and 75th minutes.

It was also Okereke’s third strike in 12 appearances for Phillippe Clemente’s men and the second goal in his last three matches, including the crucial winner in the 1-0 defeat of St Truiden on December 5.

The latest triumph sends Brugge five point clear at the top of the First Division A, but second-placed Genk have a game in hand.

CHECK IT OUT:  Burna Boy, Teni, Zlatan And DJ Neptune Set To Perform At BBNaija 2019 Premiere

In Denmark, Frank Onyeka was a trojan in midfield, lasting for 110 minutes to help Midtjylland dump Copenhagen out of the DBU Pokalen on penalties.

Fulltime scores of the semi-final clash stood at 1-1 after Sory Kaba’s third-minute penalty for Midtjylland was cancelled six minutes later by a Jens Stage’s effort for the hosts.

The visitors, though, edged the ensuing penalties 5-6 to book a date with Brøndby in the final of the competition.