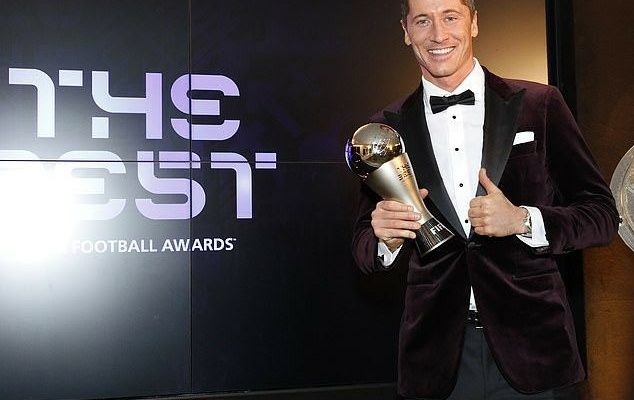 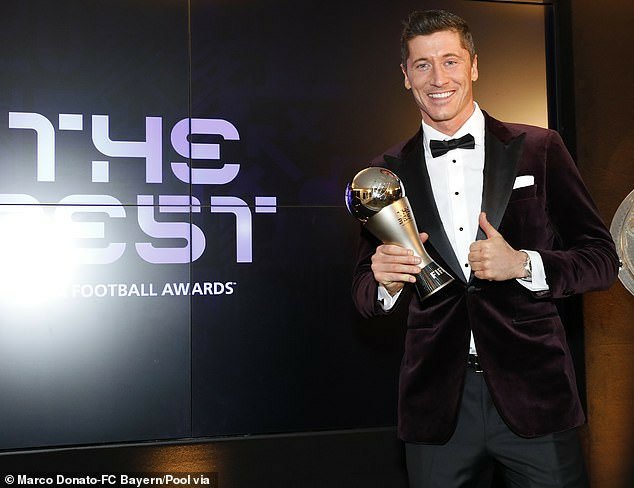 The Polish and Bayern Munich striker, 32, who enjoyed an historic treble-winning season with his club, winning the Champions League, the Bundesliga, and the German Cup in 2020, broke up Cristiano Ronaldo and Lionel Messi’s dominance to scoop the award.

He also scored 55 goals in just 47 games last season and finished as the top scorer in the league, cup, and Champions League

FIFA president Gianni Infantino showed personally to hand over the award, which recognised achievements between July 2019 and October 2020, to the Poland striker. 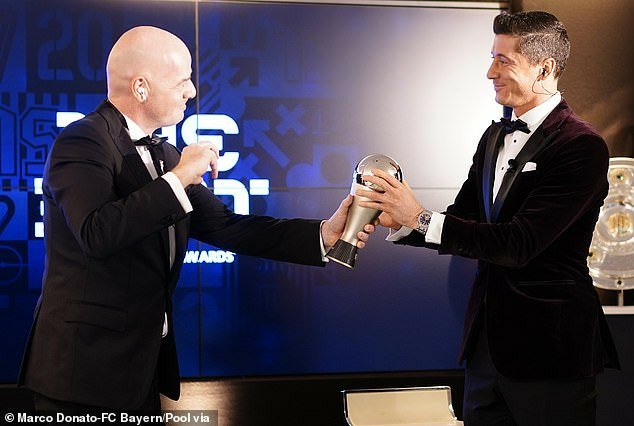 In his acceptance speech, Lewandowski said: ‘If you win such an award and share that title with Messi and Ronaldo, that is unbelievable and it means so much to me.

‘A long time ago, I remember I was longing for something like this and now I can win such and award.

‘This really means, regardless of where you come form, all that matters is what you put into it.’

CHECK IT OUT:  It Is A Shame Mane Finished Fourth In Ballon d’Or – Messi