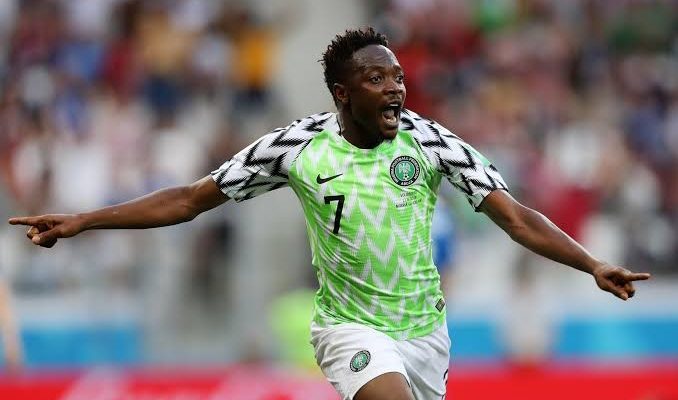 The Nigerian Police Force have confirmed the arrest of a certain Gambo Yakubu in Kano State for impersonating Super Eagles captain Ahmed Musa with the intent of defrauding others.

Ahmed Musa had been without a club seeking fresh challenges since leaving Saudi Arabian side Al Nassr on mutual consent a couple of months ago.

The Nigerian international, who has been training alone in the country ahead of a possible move during the January transfer window, recently announced that his pet project, Ahmed Musa Sports Centre, was nearing commissioning.

But the former CSKA Moscow star had been concerned with a personality problem with reports that someone was going around town, posing as Musa, and defrauding unsuspecting members of the public, of huge sums of money before he was nabbed.

The end has, however, come for his troubles as the Police have confirmed the arrest of the suspect, a certain Gambo Yakubu.

The 30-year-old Musa look-alike had allegedly been selling forms to youths with the promise of registering them with the Ahmed Musa Sports Centre and helping them secure contracts to play abroad.

Confirming the arrest of the culprit as per the Nation, Police spokesman, Abdullahi Haruna, a Deputy Superintendent of Police (DSP), said: “The suspect, a former worker at the Brigade Quarters Sports Centre, used to present himself as the captain of Super Eagles (Ahmed Musa).

“He forged documents bearing the name Ahmad Musa and defrauded innocent members of the public.

“On December 20, the suspect was arrested, and he confessed he had defrauded more than 15 innocent citizens by faking to be Ahmad Musa and selling forms to youths who want to play football abroad for N5,000.

“He had sold the forms amounting to over N700,000 before he was arrested.”

Ahmed Musa has since visited the state Commissioner of Police, Habu Sani, to appreciate his crime-fighting efforts.