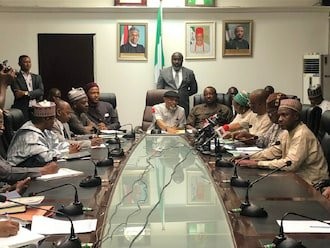 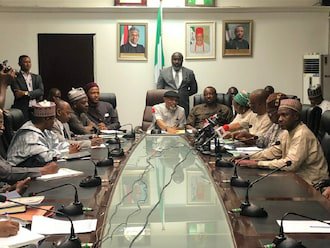 After nine months of the tussle between the federal government and the Academic Staff Union of University (ASUU), the union on Wednesday, December 23, called off its strike which started in March 2020.

reports that the national president of ASUU, Prof. Biodun Ogunyemi, made the announcement during a briefing of the union in Abuja, explaining that the development followed consultations with its National Executive Council (NEC).

“The agreement was reached on the early hours on Wednesday morning after eight hour close door meeting of negotiations between both parties.

Ogunyemi added that the ASUU expresses joy on how the federal government handled the negotiation process, adding that they would be having their own executive meeting to conclude and gets back to the government within 24hrs. 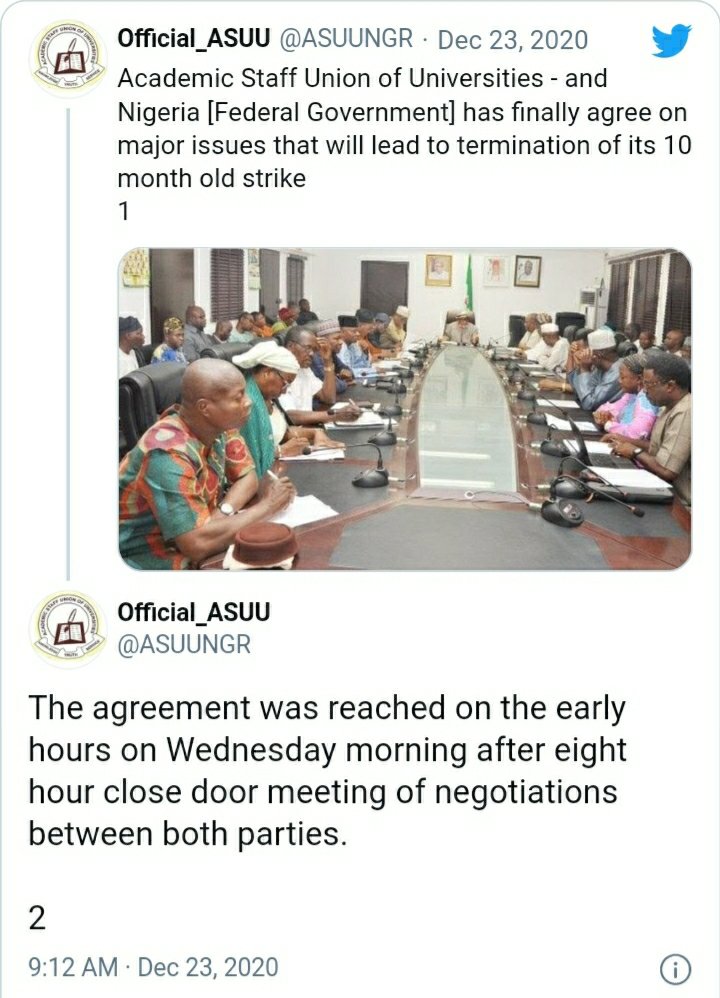 CHECK IT OUT:  BREAKING!!! Senate President Ahmed Lawan Swears In Okorocha As A Senator