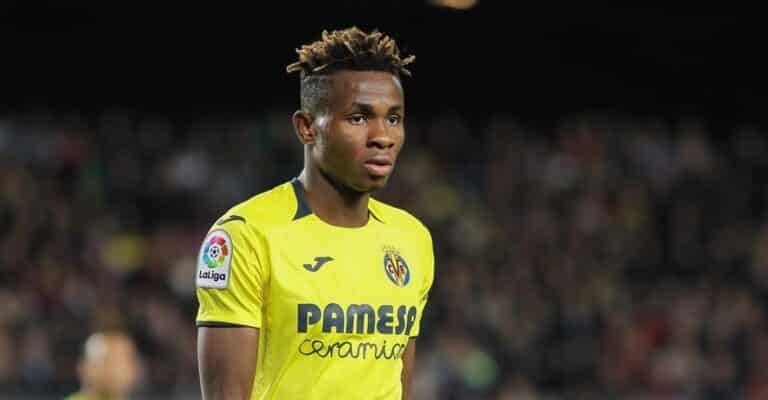 Samuel Chukwueze was a late substitute as Villarreal had to come back from a goal down to salvage a point against Athletic Bilbao at the Estadio La Ceramica.

Villarreal went into the game hoping to end the year with a win, but could only manage a draw against a well organised Bilbao side.

Bilbao drew the first blood as a strike from Iñaki Williams in the 19th minute after being set up by Yuri Berchiche put the away side ahead.

Although Villarreal got into dangerous positions, Bilbao defended well to go into the break with a well-deserved lead.

The second half kicked off with the Yellow Submarines pouring forward in numbers in search of an equaliser. And they finally got it 16 minutes from time after Manu Trigueros set up Yéremi Pino.

And with momentum now on their side, Villarreal manager, Unai Emery, sent on Chukwueze, who was sporting a new blonde look, in the 82nd minute.

However, the Nigerian international could not help the home side find the winner and both teams had to share the spoils.  It was Chukwueze’s 14 league appearance of the season, but only six have come as starts.

Meanwhile, in another La Liga encounter, Kelechi Nwakali struggles continued as he was on the bench in Huesca 1-1 draw against Levante.

The former Golden Eaglets captain has made just five appearances for Huesca this season with only one start.

CHECK IT OUT:  EFCC Issues Warning To Nigerians, Yahoo Boys