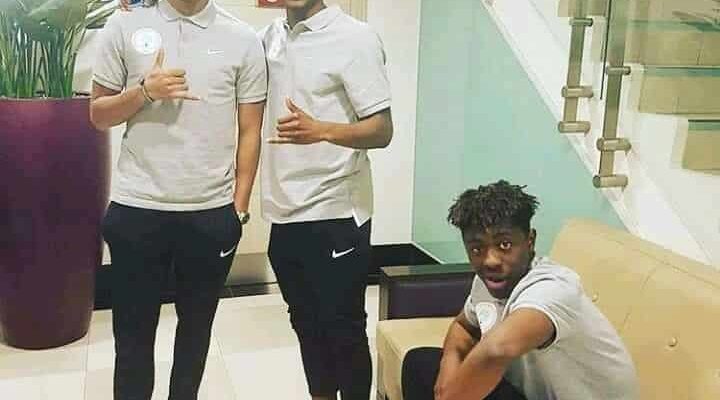 Arsenal have produced a host of youngsters that have gone on to become top footballers, but that was not the case for Eberechi Eze, and he’s grateful for it

Crystal Palace talisman, Eberechi Eze has revealed he was initially sad after being released by Arsenal, but in retrospect, the decision made him the player he is today.

Eze is one of Premier League’s talented youngsters right now, but it was tough for him at the beginning of his career.

The 22-year-old started at Arsenal’s famous academy but was released at the age of 13, and it was a decision that made him sad at first.

Speaking in an interview with Premier League Productions per Crystal Palace website, Eze revealed he cried along with his mother after the Gunners decided to release him in 2011.

“I got scouted by a few clubs, and that’s when I first went to Arsenal,” he told Premier League Productions. “At a young age, it was hard, especially being released. Me and my mum cried, everyone was so upset – that’s all you know at that age.

However, Eze believes the rejection made him more resilient and ultimately become one of the best youngsters in the English top-flight.

“But looking back at it now, that’s the start of my journey, and I’m grateful to God that’s how it went. If it wasn’t for that, I may not have got the resilience, bravery, to go and be who I want to be elsewhere. It’s shaped me to be who I am today.

After leaving Arsenal, Eze had stints with Fulham, Reading, Millwall and QPR, which was the club where he burst into public consciousness.

Eze believes his success last season which resulted in him moving to the Premier League, is due to his journey at different clubs.

“Being able to go through all these different clubs and coaches, get through all these setbacks and keep going, that’s something that’s invaluable. It’s given me the resilience and courage to not care what people think and just focus on myself.

The dynamic midfielder has had a decent start to life in the Premier League with, scoring once and registering two assists in 13 league games for the Eagles.