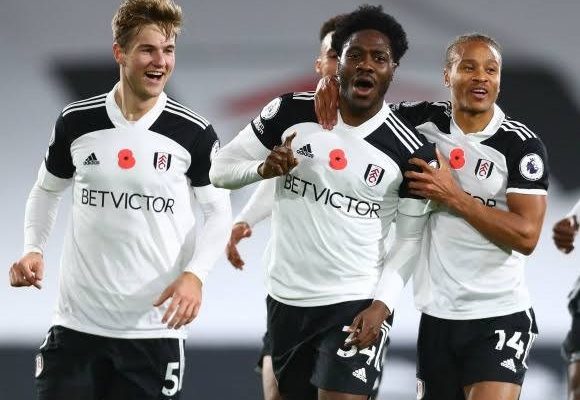 A brilliant Boxing Day it was for Nigerian-born stars in the English top and lower tiers, with victories recorded for the duo of Simeon Aluko and Sone Aluko

At the Craven Cottage in London, Ola Aina and teammates would be pleased with a point as Fulham forced high-flying Southampton to a 0-0 draw.

It’s the 12th Premier League start for Aina’s best efforts could only help the Cottagers to a share of the points with the Saints, despite the Super Eagles defender making a game-high four clearances, putting in four tackles, an blocking one of the visitors’ shot.

Scott Parker’s side, who have now draw their last five matches, could have succumbed to a last-minute Theo Walcott goal, but VAR ruled it out for offside.

Fulham remain stuck in the drop zone with 11 points from 15 matches.

In an earlier Premier League clash, Wilfred Ndidi delivered another mouthwatering performance that got fans excited in Leicester City’s 2-2 draw with Manchester United.

At the same time, compatriot Kelechi Iheanacho didn’t make it off the substitute bench, as a late Jamie Vardy strike secured a share of the spoils for the Foxes.

At the Roots Hall in Southend-on-Sea, Essex, Nigerian forward Simeon Aluko got his first goal for Southend as Mark Molesley’s men defeated Colchester United 2-0 in an English League Two clash on Saturday.

Pouncing on a Sam Hart pass in the 10th minute, Akinola converted from close range to make it 1-0 to the hosts before a Timothee Dieng strike in the 22nd minute earned the three points for the hosts.

Despite the win, Southend United remain in the relegation zone, but with no defeat in their last five league matches, The Shrimpers will hope they have enough to retain their status come the end of the campaign.

CHECK IT OUT:  Iwobi Reveals His Happiest Football Memory – And It’s Not With Arsenal

Sone Aluko provided a fine assist as Reading returned to winning ways with a 2-1 triumph over Luton Town at the Madejski Stadium.

The Nigerian forward helped the Royals break the deadlock by giving the final pass from which Thomas Mcintyre converted in the 10th minute of the encounter.

Alfa Semedo doubled the home side’s advantage just before the interval, but Kazenga Lualua’s 90th-minute consolation goal brought some dignity to the final scoreline for the visitors.

Reading climbed into the fifth position on the Championship table with the home win, with only three points separating them from Swansea City in second place, the last automatic promotion spot.