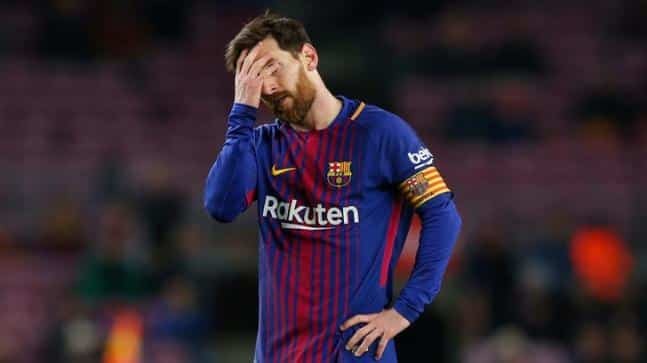 Lionel Messi has once again cast doubt on his Barcelona future following his latest comments. The six-time Ballon d’Or winner revealed he is waiting till the end of the season before deciding on his future.

Messi’s contract at Barcelona expires next summer, and he’s free to talk with other clubs or even sign a pre-contract in January.

However, the Argentine international revealed he would not be signing a deal with any club this January as he is only focused on making sure Barcelona finish as high as possible in La Liga.

“Nothing will be crystal clear before the end of the year. I’ll wait until the season is over, Messi told La Sexta per Skysports.

“What matters now is thinking about the team, finishing the year well and not being distracted by other things.

“I don’t know what will happen. I’m focused on what we have here and battling for whatever we can.

“I’m not thinking about how the year will end. As of today, it wouldn’t be wise for me to say what I’m going to do because I don’t know.”

Although he is unsure what the future holds, Messi revealed he would love to play in the United States in the future.

The Major League Soccer (MLS) have seen David Beckham, Steven Gerrard, Kaka, Wayne Rooney and Zlatan Ibrahimovic grace their leagues, but none would be as big as Messi.

“I’ve always had the dream of playing in another league, in the United States,” he added. “Maybe it will happen, doesn’t have to be right away. Today I am just focused on these next six months.”

Nonetheless, Messi’s latest comments do not bode well for Barcelona’s hopes of keeping their talisman.