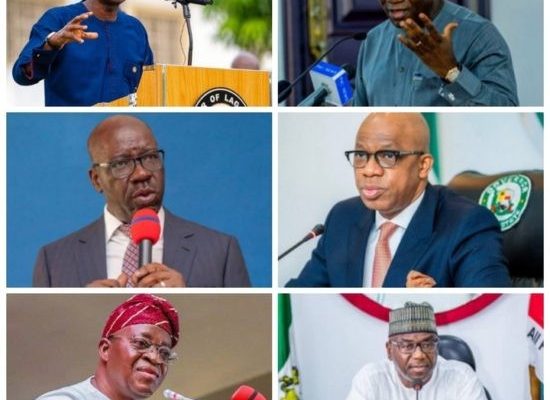 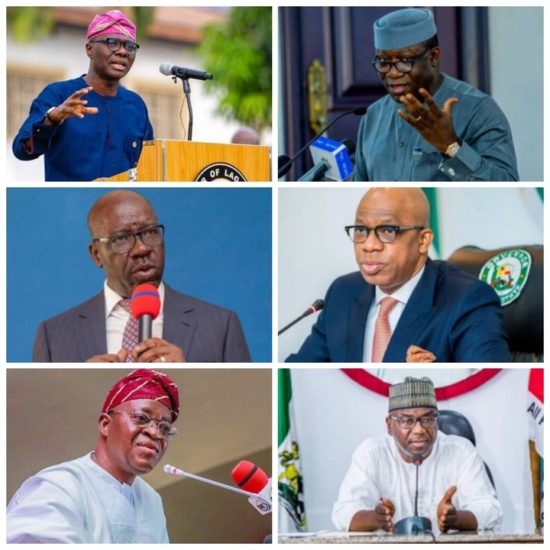 As we all know that “Cross Over” Service is special gathering of both believers and unbelievers where they all come together to pray and thank God for the victory over death throughout the year.

It happens to be the last fellowship held in a year and also the first in a new year, where people pray and prophesy into their lives for the new year.

It is a joyous moment where people gladly wishes one another “Happy New Year” with a great joy and thanking God for the grace to scale through.

It’s so funny to say that to some people, it is the only service they witness throughout the year.

As expectations begin to rise about the fellowship, people should bear in mind that some state government have suspended social gatherings especially “Cross Over Service” as an approach to curtail the spread of the second wave of COVID-19

Stechitegist.com will be sharing with you several states that have imposed and placed ban on “Cross Over” Service throughout the state.

The Ondo state government has proscribed all-night crossover service in all of its 18 local councils. The state government have even ordered half operations of capacities at social activities on clubs, hotels, departmental stores, supermarkets, event centres and allied centres.

They instructed that every citizen of the state should observe Covid-19 protocols.

Also, the compulsory usage of Face Masks at public places in order to avoid the spread of the ravaging coronavirus pandemic.

The government suggested any activities that involve physical attendance should be reconsidered to change to virtual version.

Ondo state government further added there will be three (3) months imprisonment or N20,000 fine or both for offenders of the law and guidelines, Stechitegist.com reports.

On 28th December, 2020, the Osun State Government placed ban on cross over service as a bid to curtail the spread of the ravaging coronavirus pandemic.

It says it will not allow countdown to New Year ceremonies and cross over nights by religious bodies and groups during the New Year Eve.

They have even enforced the state security operatives to take charge and to ensure there’s no form of social gathering in the state.

Osun State Government has appealed to the citizens to cut down on social gatherings, including weddings, naming ceremonies, etc so as to reduce the spate of exposure and contact with an infected person.

The Ogun State Governor, Dapo Abiodun, in the same vein has announced the suspension of street carnivals, and restricted attendance to cross-over services, parties and similar gatherings.

The directives were issued on Wednesday after a meeting between the state government and religious leaders, as well as community leaders.

He further added on Wednesday that all market are to open strictly between 8am and 4pm as well as maintaining social distancing.

The Lagos State Government did not carry last in this decision making. Gov. Sanwo-Olu on 25th December 2020 directed worship centres to suspend all-night services, including vigils and crossover events throughout the state.

He assured citizens that the curfew imposed between 12 midnight and 4am will be strictly enforced.

Governor Sanwo-Olu further added that he urge religious leaders to ensure their followers observe the protocols implemented to curb the spread of the ravaging coronavirus.

The state of Harmony, Kwara State Government has imposed partial lockdown on the state.

The government directed curfew in the state from 12 midnight to 4:30am till further notice.

Some of the guidelines set are mandatory use of face masks in public places, while clubs, concert, Carnivals are banned till further notice

In addition, they added that no worship centre must allow congregations exceeding 50% of the maximum capacity for the venue to allow for proper social distancing.

Civil servants are to work from home, hence, virtual meetings are being encouraged.

Likewise, the federal government territory chairman, Malam Bello has ordered that all bars, restaurants, leisure garden, and event centres should be shut for five (5) weeks.

He ordered not more than 50% members for all kind of social gatherings like festival events, congresses, concerts, sporting activities, seminars what have you.

violators will be prosecuted through the mobile courts’ system.

The Plateau state government on Wednesday says there was no plan to lock down the state over the second wave of COVID-19.

Atu said, “The state government is working with security agencies to be more proactive rather than reactive.”

He insist that use of face mask should be enforced in all public places.

Therefore, Cross over can still hold, but not more than 50% members.

Ekiti State Government has also joined the league. The state government announced the new restrictions to curtail the spread of coronavirus in the state.

Governor Fayemi reveals that the government is very disturbed with the daily rising figure of infected citizens and economic well-being.

he said, included hand washing, use of hand sanitizers, observation of the approved social distance and to allow only half of the sitting capacity of the church to partake in the service.

However, the taskforce and law enforcement agents are to begin aggressive compliance enforcement activities in public places, including worship centres, event centres, markets, supermarkets, bars and hotels on Wednesday.

Edo State Government has announced the reintroduction of restrictions and reactivation of disease surveillance and management protocols to curb the wide spread of coronavirus.

The state had adjusted its curfew to begin from 12 midnight to 4am daily, beginning from December 23, except on December 31, 2020

Governor Obaseki said, “Wearing of facemask is mandatory in public places; there should be drastic reduction in number of people attending religious, political and social gatherings in one place; people are advised not to patronise or enter any public facility without hand wash station, provided with soap and running water.”

NOTE: All schools in the state as mentioned will remain shut until January 18, 2021.