Posted By Udokabestluv On January 4th, 2021 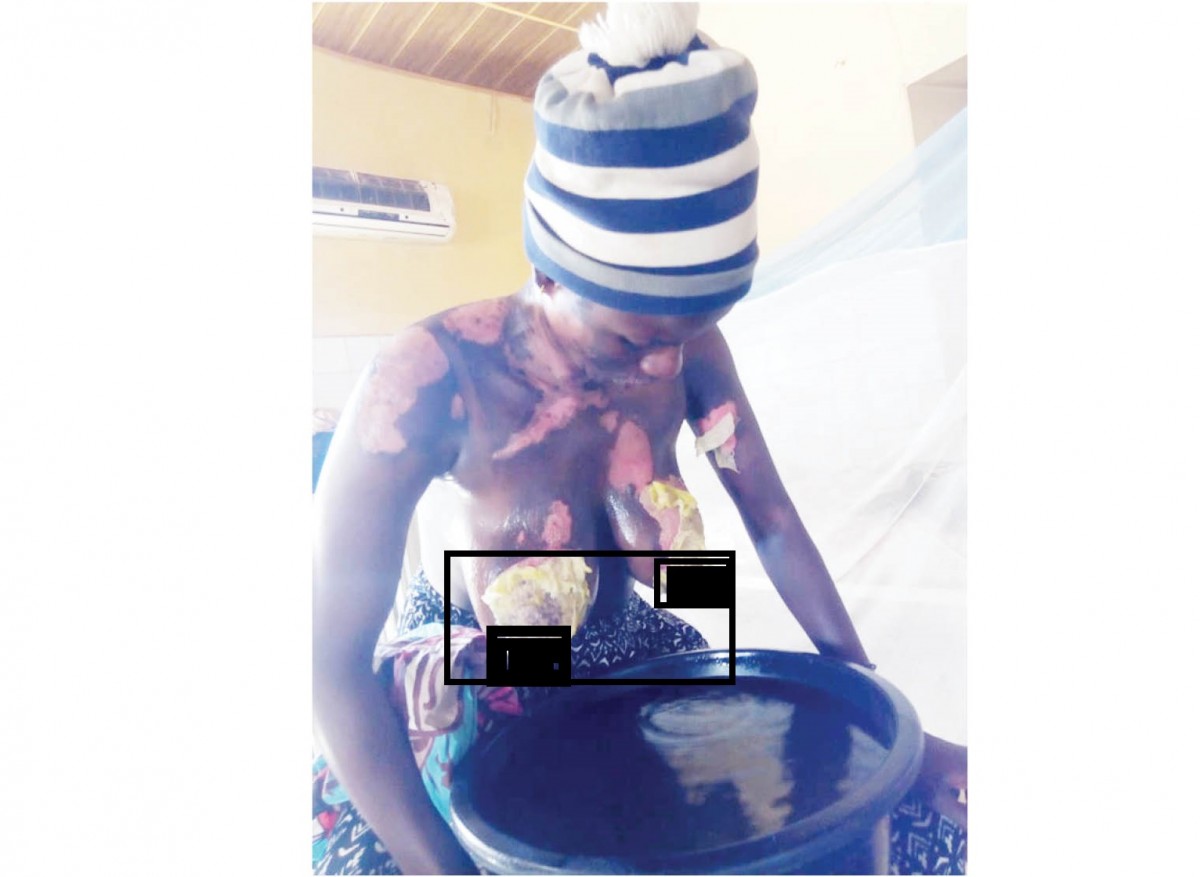 In Gindiri, Mangu Local Government Area of Plateau State, the rivalry between two co-wives turned nasty when one attacked the other with hot water

After co-wives, Iklima Musa and Justina Peter, had a serious argument, they were separated by their husband, Ate Peter Manomi, but peace was far from returning to the house.

When Iklima came out of her room few minutes later to gather her clothes from the washing lines, she was allegedly attacked by Justina who poured boiling water on her.

The attack has left Iklima treating severe burns on her upper body and thrown their husband and their neighbourhood into distress.

Daily Trust Saturday gathered that the women were always in conflict since Iklima joined the household as Mr Manomi’s second wife three years back.

“I bent down to gather my washed clothes, I didn’t know my co-wife was coming towards me with a bad intention.

“I wasn’t expecting anything like that because we had been separated after fighting some minutes before. As I was straightening up, she poured hot water on me and I started screaming,” Iklima told Daily Trust Saturday.

“Our husband was the first to rush to the scene. Luckily he was not far from the house and heard me screaming. I don’t know what would have happened if he was not close by.”

Manomi rushed Iklima to a hospital and she has been on admission at the Sabon Layi Specialist Hospital, Mangu.

The clashes between the two women forced Iklima to leave the house in August, 2019 and did returned till 2020. Iklima had hoped that Justina would have calmed down after the break.

“To my surprise, the very day I returned, she followed me into my room and abused me. We quarrelled and even fought. That signalled to me that there was more trouble to come,” she said.

Zuwaira Haruna Marwe, Iklima’s mother, was not comfortable with the idea of her daughter returning to Manomi’s house because of the frequent quarrels.

“I was in Lagos when the incident occurred. A day after, her sister called me on to say that all was not well with Iklima and that they were in the hospital due to the injuries she sustained,” she said.

She further said that sometime before, something was put into Iklima’s bathwater that left her with injured skin.

“Something harmful was added to the water and only Allah knows what it was because it was unusual. And that was not too long before the recent incident,” she said.

Iklima said a doctor told her that it was acid that was mixed into her bathwater.

The recent open attack on her daughter has left Zuwaira furious.

“I am her mother, so I am very disturbed by what had happened. Justina has cheated my daughter and ruined her life. All I want is for justice to prevail. I want her to get Justice and ensure that the culprit is brought to book,” she said.

Iklima too is not willing to forgive Justina for the act.

“Whoever could do this to you, if opportune, such person could kill you. Unless she can explain to me beyond any reasonable doubt that she didn’t mean to hurt me, I will not forgive her.

“I am sure this was planned and meant to ruin my life because this is not the first time she would do something evil to me,” she said.

Marwe Abdulganiyu Abubakar is Iklima’s uncle. He said he was shocked when he saw his niece’s condition at the hospital.

“I am so scarred by what has happened to her. The security should do all they could to get the perpetrator arrested and brought to book. If the perpetrator is not dealt with, other people would do the same and go free,” he said.

Despite her injuries, Iklima is convinced that her marriage is not over but some conditions need to be met if she were to return to her husband.

“I believe that my husband loves me and I love him too. If he can separate the house, I still want to stay with him. But I don’t think I can go back to stay in the same house with Justina,” she said.

The husband, Manomi, however, is reluctant to comment on the incident. When Daily Trust Saturday approached him, he said, “This is a family issue. This is a personal issue. I don’t want to say anything about it.”

Barnabas Zumji, the Police Officer in Charge of Gindiri Police Outpost, said they received a report of the incident and would be asking Iklima questions as soon as she recovered enough to help with investigation, adding that regardless of that, they had proceeded with investigation into the incident.

However, since the indent, Justina has been on the run and Iklima and her family are counting on the police to find her and bring her to justice.