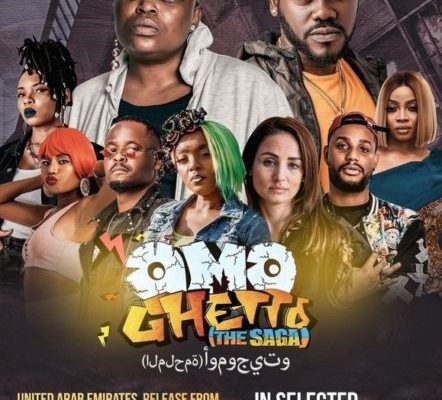 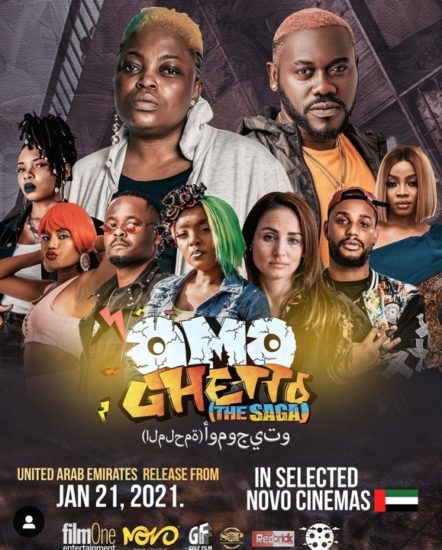 Nollywood actress Funke Akindele’s movie Omo Ghetto (The Saga) is set to break the record of being the first Nigerian movie to be released in UAE, Dubai cinemas.

She said it will be released from January 21 in some selected cinemas.

“Exciting News for UAE Omo Ghetto fans!The No. 1 film and box office record breaker in Nigeria — Omo Ghetto (The Saga) — is set to break yet another record as the First Ever Cinema Release of a Nigerian film in the United Arab Emirates.

“Omo Ghetto (The Saga) is scheduled for release from the 21st of January, 2021 in selected Novo Cinemas in the UAE. Stay tuned for more updates!” she wrote. 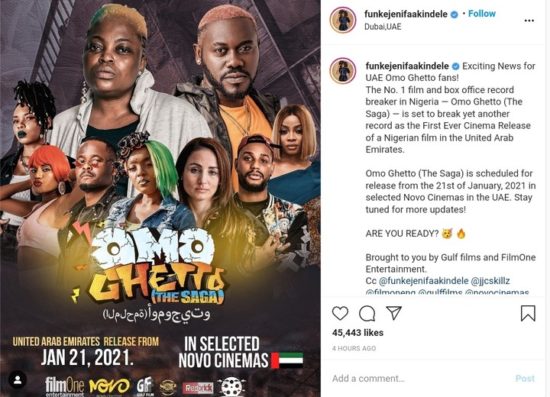