Mbaoma-Inspired Enyimba Win Not Enough As Elephants Stumble Out Of CAFCL - NaijaCover.Com
Skip to content 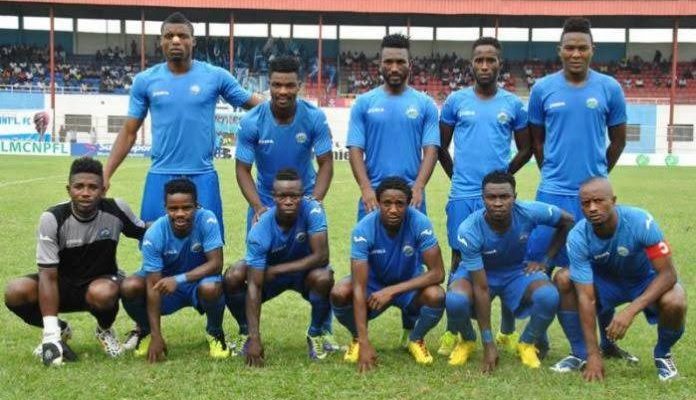 Enyimba International FC have crashed out of this season’s CAF Champions League despite defeating El Merreikh 2-1 at the Enyimba Stadium in their qualification-round second leg clash on Wednesday.

The People’s Elephants lost 4-2 on aggregate to the Sudanese champions, having lost the first leg 3-0 in Omdurman a fortnight ago.

Despite retaining high hopes of overturning the first-leg deficit, Enyimba started poorly in Aba and fell behind to a Saif Malik sucker-punch inside the opening eight minutes.

But star striker Victor Mbaoma, who missed the game in Sudan due to injury, levelled proceedings with a simple tap in six minutes later.

Shortly after the restart, Enyimba took the lead for the first time in the encounter from the penalty spot, Mbaoma slotting home after Kadiri had been tripped in the box.

But the visitors held on solidly despite a late Enyimba surge to book their spot in the money-spinning group stage of the continent’s premier club competition.