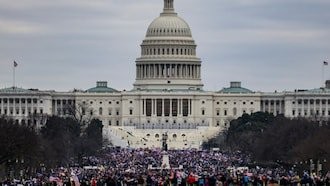 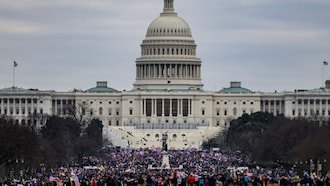 The US Capitol has locked down with lawmakers inside as pro-Trump protesters attempted to gain access to the building, Aljazeera has reported.

The international media outfit stated that some Americans protesting in support of President Donald Trump have entered the complex while lawmakers have gone into recess.

Note that Vice President Mike Pence is also at the complex presiding over the counting and certification of the Electoral College votes won by the candidate of the Democratic Party, Joe Biden.

Though he lost to Biden, President Trump has consistently insisted, without any evidence, that the election was marred by irregularities.

He subsequently asked his deputy, Vice President Mike Pence not to certify the votes but to send them back to their respective states.

The embattled US president claimed that many states want to decertify the votes just as he said the vice president has the power to send the votes back to the states instead of certifying them.

However, Vice President Pence has reportedly told him that the plan will not be possible, saying he has no authority to block the certification.

The post US Capitol goes into lockdown as pro-Trump protesters storm buildings appeared first on .

CHECK IT OUT:  “I Don’t Want A Yeye Boyfriend This Year 2020” – Tiwa Savage Announces