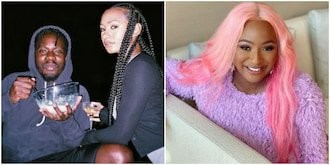 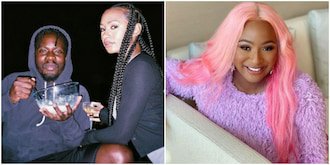 Nigerian billionaire’s daughter, Temi Otedola, has no doubt been endeared to many over her relationship with music star, Mr Eazi.

The duo who have created quite a buzz with their relationship have been described as one of the country’s favourite celebrity couples.

Temi recently shared more about the relationship with her man in her podcast called ‘How Far With Mr Eazi and Temi’. She opened up on what her big sister, DJ Cuppy, felt about it.

Temi who met Mr Eazi through her sister said Cuppy and Eazi had a working relationship prior to their dating.

She said that in reaction to the news of their relationship, she told her plainly that if things did not work out between them, she would still maintain a working relationship with Eazi.