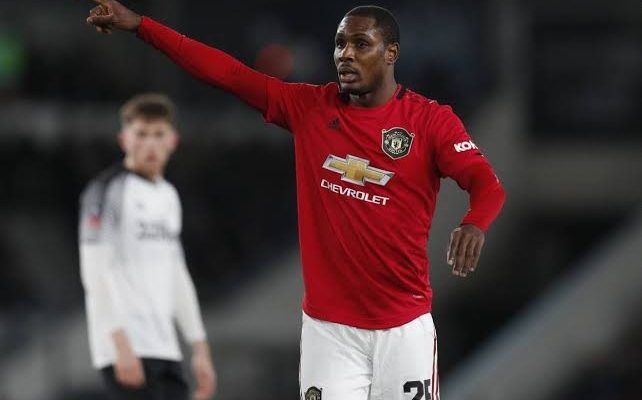 On-loan Shanghai Shenhua striker Odion Ighalo admits he has no idea yet where he is headed when his loan deal ends at Manchester United at the end of January.

But the former Super Eagles star has expressed his willingness to consider all options, including heading to the Major League Soccer in the United States.

Ighalo has never hidden his love for Manchester United since he was a little boy, and he fulfilled that age-old dream when he completed a surprise move to Old Trafford in the closing hours of the 2020 winter transfer window.

After a brilliant start to life with the Red Devils, which included scoring five goals in 19 appearances, the 31-year-old had his six-months contract extended till the end of January.

But he has played fewer games this season, with the arrival of Uruguayan icon Edison Cavani limiting his chances for Ole Gunnar Solskjaer’s side.

And the 2019 Afcon bronze winner is already preparing his mind for life after Manchester United.

“Today, I’m in Manchester, but at the end of the month, I don’t know where I’m going to be,” Ighalo told ESPN.

“I have options. I wait for my agent. He is doing his job, and I’m doing mine. At the end of the month, we have to decide what is best and we’ll take it. If it’s possible, I’d like to play in MLS, but I have to wait to see if it’s possible.

CHECK IT OUT:  Football Fans Only! Do You Agree With This Balon D’or List For This Year?

“The league is doing well, and if the opportunity arises then I’d grab it with two hands.”

Ighalo has a contract with Chinese Super League side Shanghai Shenhua until December 2021.

The Nigerian ace list Watford, Granada, and Udinese among the clubs he has played for during an eventful career.