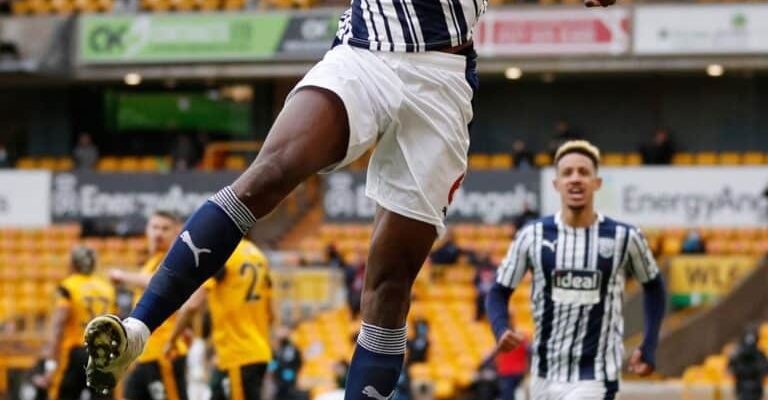 Super Eagles defender Semi Ajayi was once again on target as West Brom took the lead and also came from behind to secure a stunning victory over Wolves at the Molineux.

Ajayi has been one of the shining lights for West Brom in recent games with his goal against Wolves his third in the last six games.

At the King Power Stadium, Wilfred Ndidi was on from start to finish while Kelechi Iheanacho was a 90th-minute substitute as Leicester City moved up to 2nd in the Premier League following a 2-0 win over Southampton.

Goals from James Maddison and Harvey helped the Foxes secure the three points over the Saints.

In the Skybet Championship, William Troost Ekong made his 13th league appearance of the season as Watford boosted their promotion hopes with a 2-0 win over Huddersfield.

Also, former Super Eagles captain, John Mikel Obi was in action for Stoke as the Potters played out a 1-1 draw with Blackburn Rovers.

It was a good day for Daniel Akpeyi as he made a series of saves to help Kaizer Chiefs to a 2-1 win over at Cape Town City.

However, it was a disappointing performance from Maduka Okoye as he conceded five times in Sparta Rotterdam’s thrilling clash against PSV.

Henk Fraser’s men scored three times, but it was not enough as PSV sealed the three points by scoring five times to stay in the race for the Eredivisie title.

Sparta took the lead in the 4th minute through Bryan Smeets, but Mauro Júnior levelled scores for the away side in the 24th minute. Donyell Malen then put PSV ahead in the 47th minute before Noni Madueke made it three two minutes later.

Phillip Max scored PSV’s fourth in 71st minute, but goals from Danzell Gravenberch and Reda Kharchouch sparked hopes of a comeback for Sparta.

However, Malen’s second in the third minute of added time killed all hopes of a Sparta comeback. The scoreline means Okoye has now conceded 17 times in 11 league games for Sparta.

Genk were hoping to close the gap on Club Brugge, but are now four points behind with Brugge having a game in hand.

Fabrice Olinga and Serge Tabekou handed Royal the win as Onuachu, who has been linked with a move to Lyon, failed to add to his 19 league goals.

Ajibade, who joined Atletico this month, came on in the 80th minute for Cameroon’s Ajara Nchout.