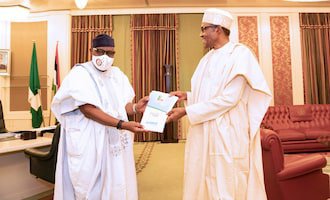 Just one day after Governor Rotimi Akeredolu gave an ultimatum to herdsmen in Ondo to vacate the state’s forest reserve, the presidency has stepped in to make some clarifications.

Speaking on behalf of the presidency, a senior special Assistant to PresidentMuhammadu Buhari on media and publicity, Garba Shehu, said that apart from the fact that the position of the state government goes against Nigeria’s constitution, it can set certain things in motion, Nigerian Tribune reports.

Shehu pointed clearly that since Governor Akeredolu is a seasoned lawyer and a senior advocate of Nigeria for that matter, he knows better than to unilaterally oust thousands of herders from his state, an act which can earn him much heat from rights groups.

The presidential media aide said that Nigerians will do well a such a crucial time to differentiate between terrorism and ethnic backgrounds, so as to promote the spirit of national unity.

A statement issued by Shehu that buttresses this point read:

“We want to make it clear that kidnapping, banditry and rustling are crimes, no matter the motive or who is involved. But, to define crime from the nameplates, as a number of commentators have erroneously done- which group they belong to, the language they speak, their geographical location or their faith is atavistic and cruel.
“We need to delink terrorism and crimes from ethnicity, geographical origins and religion—to isolate the criminals who use this interchange of arguments to hinder law enforcement efforts as the only way to deal effectively with them.
“The government of Ondo and all the 35 others across the federation must draw clear lines between the criminals and the law-abiding citizens who must equally be saved from the infiltrators. Beyond law and order, the fight against crime is also a fight for human values which are fundamental to our country.”

CHECK IT OUT:  FG To Investigate Truecaller For Breaching Privacy Rights Of Nigerians