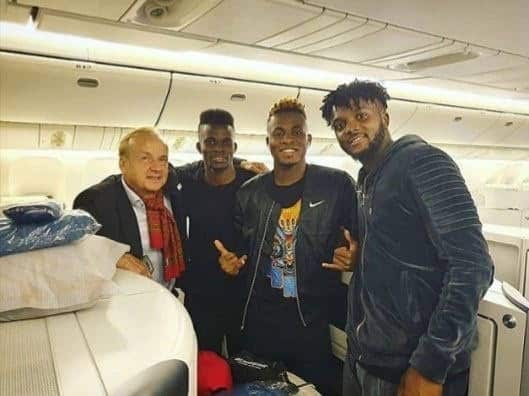 The January transfer market has less than two weeks to round up, and one of Nigeria’s Spain-based star is keen to change clubs

Nigerian international Ramon Azeez has informed his bosses at Granada that he wants out of the club before the end of the month.

Azeez has been on the periphery of coach Diego Martinez’s plans this term due to a drop in form and a muscle injury that kept him out of action for two months.

The former Lugo ace, who played in 25 La Liga games for Granada the last term, has only featured in two league matches this term.

The 28-year-old’s last league appearance came back in September when he featured for 90 minutes in Granada’s 6-1 humbling at Atletico Madrid.

Sitting on the bench at club level has affected Azeez’s chances with the Super Eagles.

The defensive midfielder did not feature for the Nigerian national team during any of the four matches played in 2020.

Azeez’s last appearance for the three-time African champions came as a second-half substitute in the 4-2 lashing of Lesotho on November 17.

Needing an improvement in his situation, Azeez has now asked Granada to let him leave this winter for a club where he can get more playing time.

Granada boss Martinez confirmed this, as per Ideal, as the reason why he did not name the Nigerian in the squad that faced Malaga on Sunday.

“It was a technical decision because he asked us to go out in this market,” the gaffer said.

“He has been playing less frequently, and we understood that the best thing for him and for the team is for him to have time to solve his situation. That’s why he was not summoned.”

Granada will not stop Azeez, whose contract does not expire until June 2022, from leaving the club this January.

Azeez joined the Rojiblancos when the club was still in the Second Division from Lugo for half a million euros.