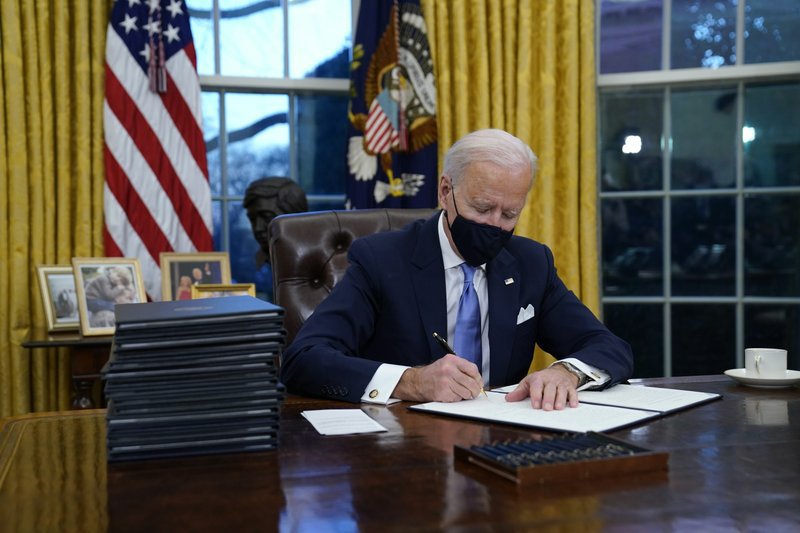 U.S President Joe Biden on his first day in office signed a series of executive actions to reverse the policies of Donald Trump administration on immigration and others.

The ban faced several legal challenges, but the Supreme Court upheld the measure in 2018.

President Biden has now directed the State Department to restart immigration visa processing for individuals from the affected countries and to develop ways to address the harm caused to those who were prevented from coming to the United States because of the ban, The New York Times reported.

Ending the ban was one of Biden’s top campaign promises on immigration policy, and he has now delivered.

CHECK IT OUT:  FUTO Students, Road Users Stranded As Flood Washes Away Bridge In Imo (Photos)