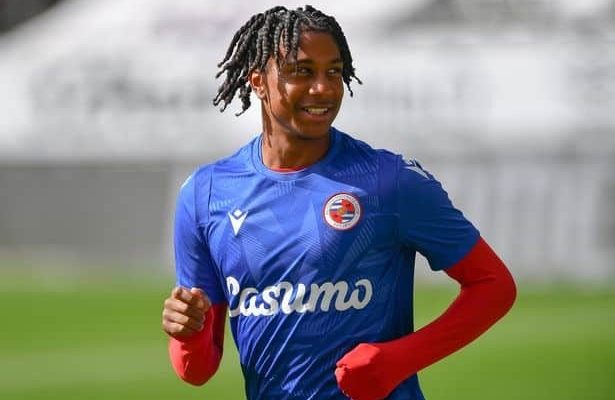 The Nigeria Football Federation has been chasing a few fantastic starlets of Nigerian descent in England like Ebere Eze and Ovie Ejaria to convince them to represent the African giants, but one may have slipped through their football body’s fingers

Reading wonderkid Michael Akpovie Olise has decided to snub interests from Nigeria and England and continue his current path that leads to playing for the French national team.

Born in Hammersmith, England, to a father of Nigerian origins and a French mother, Olise is eligible to represent all three countries at the international level.

But the 19-year-old midfielder has already featured for France at the youth levels and does not believe in switching allegiance after making his club breakthrough.

“It’s France for me for the sake of continuity. It’s true that I have other options, and you never know what will happen in the future. It’s a straightforward decision now,” Olise told the French media, as per the Sun Nigeria.

A left-footed prospect who can play as a centre midfielder, attacking midfielder, or as a winger, Olise has been one of the key reasons Reading are flying in the English Championship this season.

A former Chelsea and Manchester City youth academy star, Olise has chipped in with four goals and eight assists in his 25 appearances for the Royals this term.

His strong performances haven’t gone unnoticed, though, with the likes of Leeds United, Arsenal and Liverpool being just some of the Premier League clubs interested in landing his signature in the January transfer window.

CHECK IT OUT:  Amazing!! Watch And Rate How Kun-Tiger Killed This Popular Beat