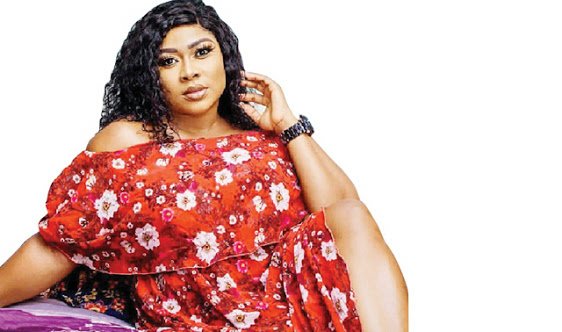 Nollywood actress Queeneth says Stinginess is not permitted around her.

The Microbiology graduate of the University of Calabar told Saturday Beats, “I can cope with a cheating man, provided he ‘cheats responsibly’. He could cheat then make it up to me by spoiling me. A man who cheats would eventually get tired of doing that, the same way King Solomon in the Bible got tired. History never fails to repeat itself. He would definitely get tired and change but a stingy man would remain like that for life. Stinginess is not permitted around me.”

Speaking on some of the habits she would love to drop in 2021, Agbor said she would quit making decisions in the heat of the moment.

“One habit I would love to drop in 2021 is making decisions in the heat of the moment. I would definitely put a stop to that and invest a lot of care into making decisions.”

On why she had not been featuring in as many movies as she used to, the actress said, “Not featuring in movies is not intentional. I have shot a couple of movies that would be out soon. Also, I have a side business.”

Agbor also stated that if she got married, she would not feel offended if her husband asked for a DNA test on her children.

“If my husband asks for a DNA test, I would allow him do it. However, he would pay through his nose after the result is released. A man would only ask for a DNA test when there is no trust,” she said.

CHECK IT OUT:  Presidency Reveals Why Buhari Did Not Transmit Power to Osinbajo

The post Actress Queeneth Agbor Prefers A Man Who Cheats To A Stingy Man appeared first on .