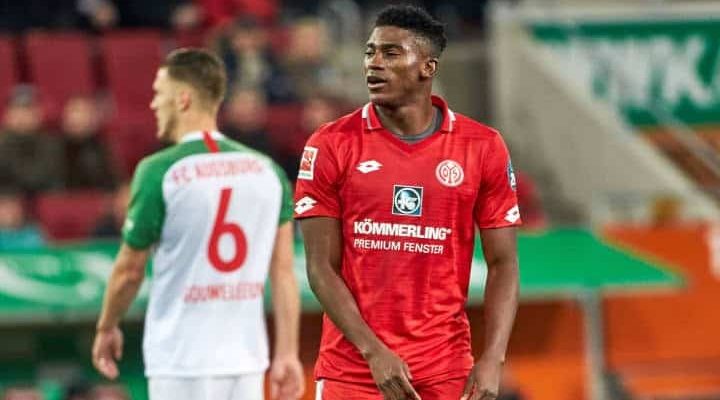 Taiwo Awoniyi delivered a good performance but was denied his sixth goal of the Bundesliga campaign as Union Berlin fell to a 2-1 defeat at Augsburg on Saturday afternoon.

Awoniyi supplied the assist to Marcus Ingvartsen’s 25th-minute strike, but it proved to be the only consolation as Niederlechner’s brace – either side of the break – handed the home team a fine victory.

It was Union Berlin’s fourth league loss of the season, and their second in a row following a 1-0 defeat to Leipzig last time out, but Awoniyi still showed why he has been earning rave reviews in recent times.

The former U-17 World Cup winner, aside from contributing to his side’s goal, worked hard up front for Urs Fischer’s side making 16 touches and completing 71% of his passes.

Awoniyi even had the chance to get the visitors in front just past the hour-mark when he found himself in a great scoring position, but goalkeeper Rafal Gikiewicz denied him with a great save.

The 23-year-old – on-loan from Premier League giants Liverpool – has now contributed to eight goals (five goals and three assists) in 16 matches for the German side.

Awoniyi’s efforts have helped Union Berlin sit eighth on the Bundesliga table with 28 points in 18 matches.

The former Golden Eaglets hero will hope to get his side back on the winning track when they host Borussia M’gladbach next weekend.

CHECK IT OUT:  El-Rufai’s Apology A Display Of Hatred, Neglect Of Southern Kaduna People – Group