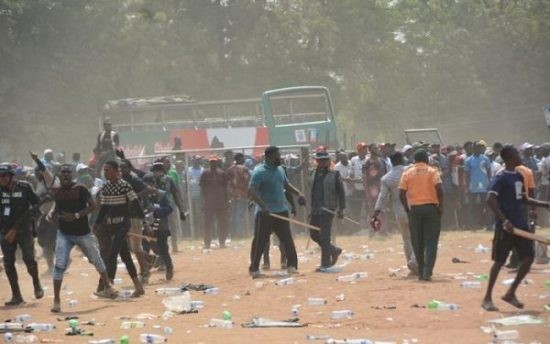 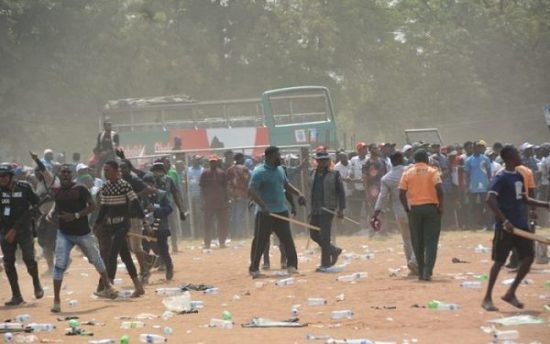 At least seven persons have been killed while many were seriously injured as members of the National Union of Road Transport Workers clashed in Effin, Ohaukwu Local Government Area of Ebonyi State.

Though details of what led to the clash were still sketchy at the time of filing this report, a source in the community said the clash is an escalation of a leadership crisis in the union.

The source said the faction of the union from Effin clashed with the faction from Ezza Effium over sharing formula for the revenue generated from the park.

He said the clashes spiked into the community leading to casualties on both sides.

Houses, cars and other properties were also torched as the crisis spilled over into the community.

Also, health workers and staff of the National Population Commission who were on assignment in the area were cut in the crossfire.

Following the incident, Ebonyi State Government announced a ban on activities of the Union in Effuim Motor Park in Ohaukwu Local Government Area.

The Commissioner for Internal Security and Conflict Resolution in the state, Mr. Stanley Okoro Emegha, announced the ban in Abakaliki, yesterday.

Emegha said the clashes engulfed the entire Effuim and Ezza Effusion communities because the Chairman of National Union of Road Transport Workers in the area allowed politicians to meddle into the affairs of the union.

He said that Ohaukwu Local Government authorities would be mandated to take over the park where the incident emanated from.

CHECK IT OUT:  “You Are A Tenant In Aso Rock, Stop Behaving Like Landlord” – Activist, Emelieze Tells Buhari

“It was not something that happened on the grounds of IPOB, neither was it a politically related matter; it was a national transport union case dragging the leadership of a motor park.

“It has been a matter I handled earlier before this time directing that National Union of Road Transport Workers is an organisation recognised by the federal government but has no right in our motor park because we discovered that what they were doing was not in tandem with the peace effort of the state government”, he said

The commissioner said all government personnel on special national assignments in the community, who were trapped by the crisis, had been rescued while the area was calm, following the deployment of security men.

“All the people trapped in the area, not only health personnel, but also staff of the National Population Commission, were safely evacuated. My office deployed security and vehicles on the directive of the governor and all of them were rescued. No scratch on them and the place is calm now.”

Emegha said when he contacted the State Chairman of the union, he claimed to be out of the state and wondered why he should be absent from the state when his union was in crisis.

He warned that the government would bring to book all the politicians, whether serving in the government or in the opposition party, who played a role in sparking up the crisis.

Commissioner of Police in the state, Mr. Aliyu Garba, said over nine persons were critically injured and receiving treatment at the hospital.

He said some suspects had also been arrested while investigation continues into the matter.

“Actually, it was my first litmus, but like I told you, normalcy has been restored; we have lots of them that have been arrested and investigations are ongoing.”

Aliyu, who visited the scene, said normalcy had been restored as police operatives and personnel from sister agencies have been moved into the community.

It was also gathered that Governor David Umahi dispatched the Deputy Governor, Dr. Kelechi Igwe, who visited the area to calm the situation.