You Offered Me N1m Every Month To Keep My Mouth Shut – Dangote’s Mistress Fires Back After Lawsuit - NaijaCover.Com
Skip to content 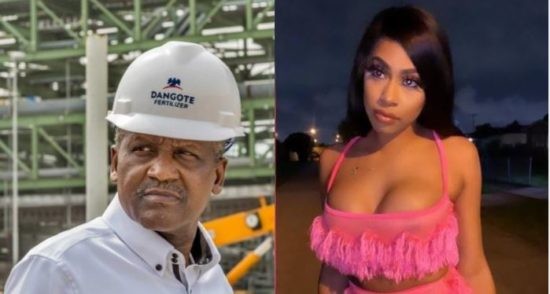 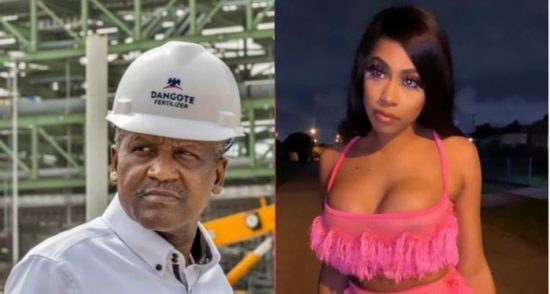 Aliko Dangote’s American mistress, Autumn Spikes, otherwise known as Allarounda1 on Instagram as fired back at the billionaire following a defamation lawsuit filed against her.

Mr. Dangote has reportedly filed a lawsuit to claim damages for his smeared reputation after one of his alleged American mistresses posted videos on social media that included the billionaire’s exposed buttocks earlier this month.

Autumn has now taken to social media to allege that she refused an offer of $15,000 and a monthly payment of $2500 (N955,000) to keep shut about the relationship between her and Africa’s richest man.

“I was insultingly offered 15k and 2,500 a month to sign an NDA but I declined. I gained legal counsel in which we countered his offer. Mind you his first initial offer wasn’t disclosed in the terms of his proposed NDA.”. She said 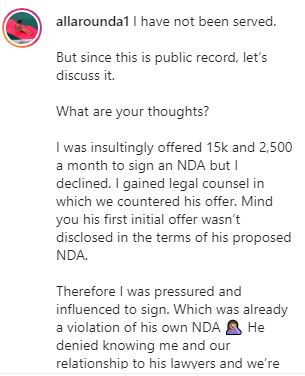 The post You Offered Me N1m Every Month To Keep My Mouth Shut – Dangote’s Mistress Fires Back After Lawsuit appeared first on .