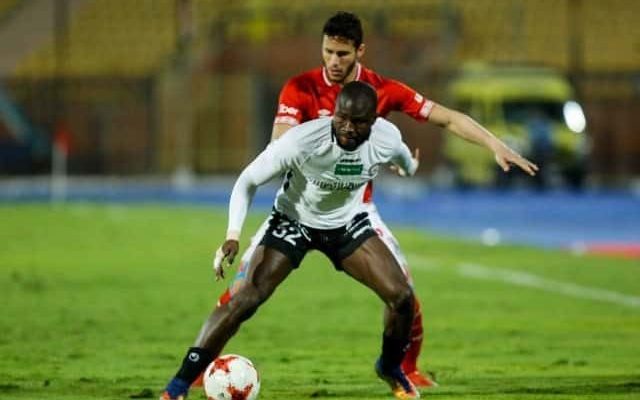 Egyptian Premier League side Ghazl El-Mahalla, have parted ways with Nigerian attacker Odo Moses a few weeks after sanctioning the player for indiscipline.

But the adventure took a negative turn for the player recently when he, alongside compatriot Emmanuel Agbettor, ran into trouble at the club for various financial infractions.

While Moses was suspended for a financial dispute, Agbettor was sanctioned for a training bust-up with teammate Mahmoud Salah.

And Ghazl El-Mahalla has now, as per Kingfut, decided to terminate the contract of Moses, which would have ran into the summer of 2022.

His impressive record of ten goals and three assists for the Military club helped him secure a move to Misr El-Makkasa just one year later.

Moses endured a less than fantastic time at El-Makkasa, scoring just three goals in 18 games, but he did enough to convince newly-promoted Ghazl El-Mahalla to offer him a lucrative two-year deal.

The 27-year-old made just four league appearances for El-Mahalla before troubles arose.