“It’s so hard to see this dream come to an end.” – Odion Ighalo’s goodbye message to Manchester United - NaijaCover.Com
Skip to content 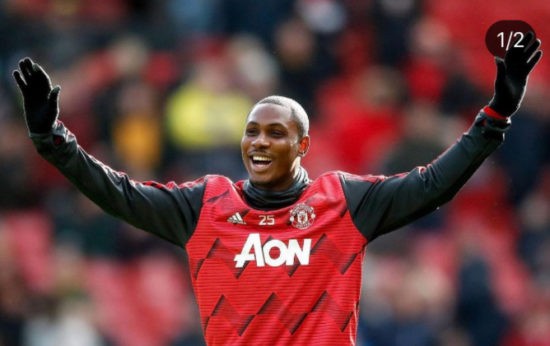 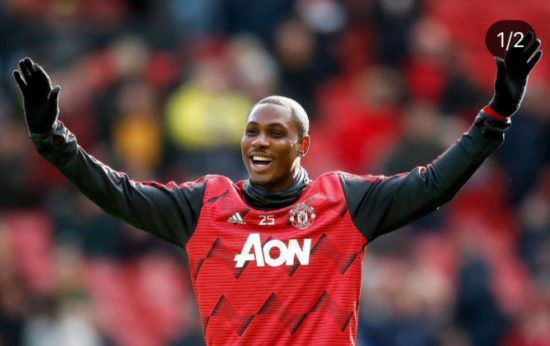 The striker’s loan spell at Manchester United from Chinese club Shanghai Shenhua expires at the end of this month.

Odion Ighalo has penned an emotional Manchester United farewell message as his time at Old Trafford comes to an end.

The 31-year-old striker’s loan from Chinese side Shanghai Shenhua expires at the end of this month.

The Nigeria international joined United in January last year on an initial six-month deal that was later extended to 12 months.

Ighalo scored five goals in 18 appearances during the 2019-20 campaign as he proved a useful back-up option for Ole Gunnar Solskjaer.

However, the arrival of Edinson Cavani in the summer transfer window has restricted Ighalo to only one Premier League outing this season, with Solskjaer confirming his loan will not be extended beyond January.

Ighalo has now posted a heartfelt message on Instagram, which reads: “It’s so hard to see this dream come to an end.

“But I give God the glory for helping me fulfill this life long dream of putting on a Manchester United shirt as a player and represent this great club, it was indeed an honor I will forever cherish and be grateful for.

“To the manager (Solskjaer) I say thank you for trusting and believing in me when many did not, to my amazing team mates I will miss you guys, it was always fun and a time I look forward to training and spending time with all of you. 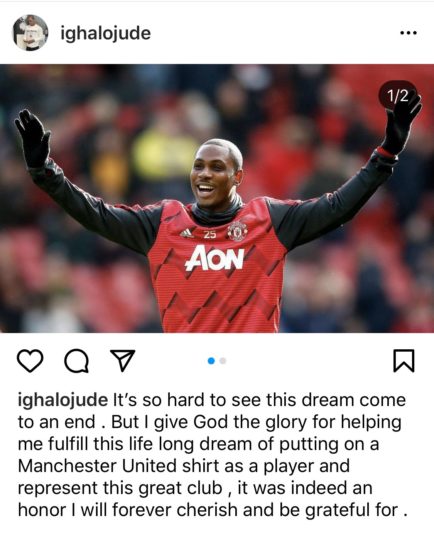 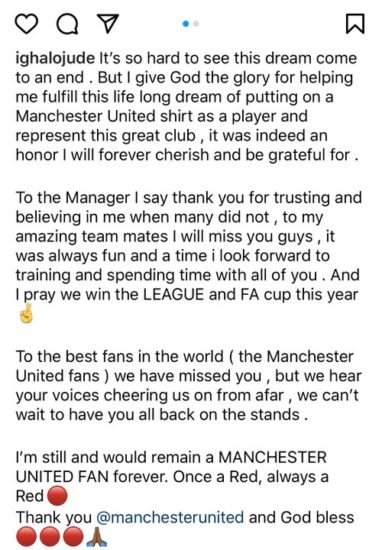 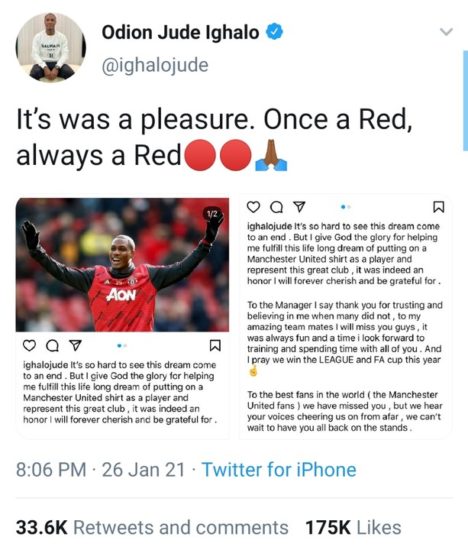 The post “It’s so hard to see this dream come to an end.” – Odion Ighalo’s goodbye message to Manchester United appeared first on .

CHECK IT OUT:  EFCC operatives rearrest Maina in Niger Republic after he jumped bail