Revealed: Why Musa Is Yet To Agree A Deal With West Brom - NaijaCover.Com
Skip to content 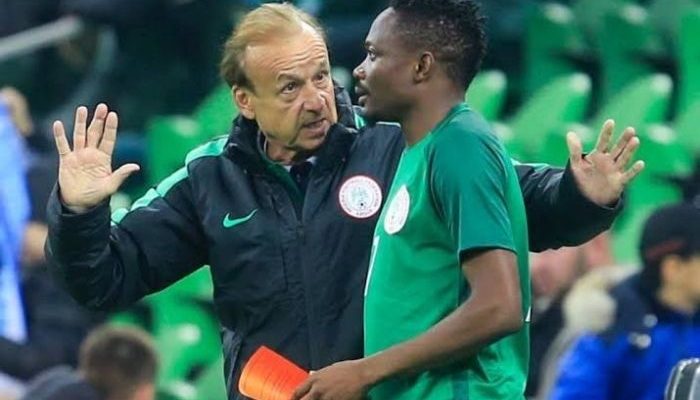 The Super Eagles captain has been without a club since he left Saudi Arabian club Al-Nassr in October, but he is now set for a return to England

Ahmed Musa is close to signing a deal with relegation-threatened West Brom, but there are still some details to be ironed out before the contract is signed.

West Brom manager, Sam Allardyce, recently confirmed the club’s interest in the Nigerian star- although he revealed nothing is official yet.

It has now been confirmed that Musa is waiting on his UK visa, which was requested by West Brom. The 28-year-old is expected to have his visa this week and should fly to England for his medicals.

Word from Tony Harris, Ahmed Musa’s agent, is that the @NGSuperEagles captain is just waiting for his UK visa, requested by WBA.
Should be off to England this week for medical/fitness tests, ceteris paribus#Team9jaStrong

The Baggies are currently in a battle to avoid the drop from the English top-flight, and Musa’s potential arrival should bolster their attacking options.

The Nigerian international has been inactive since he was released by Al-Nassr in October. During this period of inactivity, Musa has been staying fit by training back home in Nigeria.

Musa should not have a problem settling in quickly into the demands of the Premier League having featured for Leicester City before.