Jurgen Klopp Is A Fan Of Super Eagles Star Tipped To Excel In The English Premier League - NaijaCover.Com
Skip to content 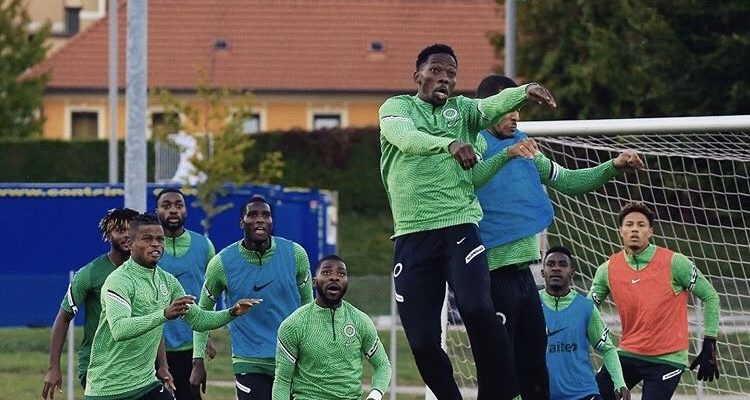 Genk’s unstoppable Nigerian forward Ebere Paul Onuachu is enjoying the most productive campaign of his career, and his Belgian bosses are bracing up for his departure to a rated league in the summer

Onuachu has been a consistent goalscorer since moving to Europe, netting 74 times and contributing another 23 assists in 181 matches for Midtjylland during an eight-year stint at the Danish side.

The Nigerian forward sealed a €6 million move to Belgium in August 2019 to team up with KRC Genk, and it has been nothing but an inspired switch.

Onuachu has since seen his market value reach an all-time high while hitting an astonishing 32 goals in just 51 matches.

Twenty-two of those goals arrived in only 23 league games this term, making the 26-year-old the top finisher in Belgium and the subject of interests from several clubs in Europe.

A transfer to a more glamorous league is definitely on the cards in the summer, with Genk resigned to losing their star player.

And De Condé is tipping the lanky striker – who turns 27 in May – to take the Premier League by storm if he moves to England in the summer transfer window.

“He’s 27. He’s a top scorer. It’s not a goal in itself to sell him on. But if he continues to perform like this… Of course, we will do everything we can to keep him. But there will be a lot of interest,” De Conde told HLN (via Voetbalkrant).

“Paul Onuachu will score everywhere. Also in the Premier League. He will even be on the list of top clubs, provided that they search for his type of striker to complement their core.”

CHECK IT OUT:  Dutch Hero Says It’s Difficult To Get Another Kanu, Finidi

De Condé added that Liverpool manager Jurgen Klopp is a big fan of Onuachu, with the Reds’ boss impressed with the Nigerian star’s impact when Genk faced off with the Premier League champions in last season’s Champions League.

“In the Champions League, he played strong against Liverpool last year, which has a fantastic defence.

“That was his reference game, even Jürgen Klopp said afterwards that they were having a hard time with Paul,” he added.

Onuachu is under contract with Racing Genk until the end of the 2023-2024 season.