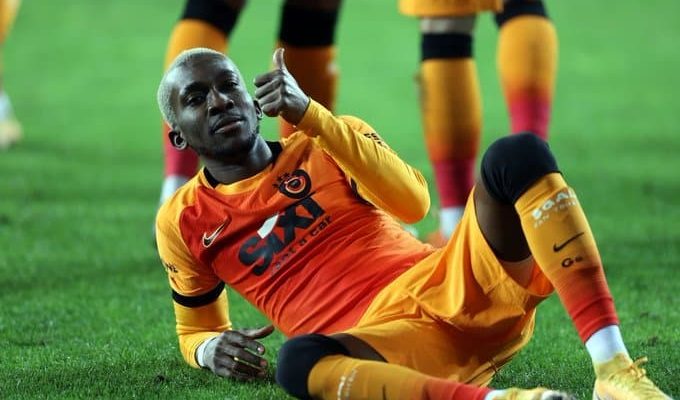 Henry Onyekuru’s young career has been on a downward trajectory despite the early promises he showed when he first broke out.

Onyekuru started his journey at the famous Aspire Academy, but his first professional contract was with the Belgian club, Eupen, one of Aspire’s partnering clubs.

The 23-year-old joined the Pandas in 2015,  but as at that time, Eupen were in the lower division. Onyekuru’s arrival helped them secure promotion to the top-flight with the Nigerian scoring six goals and registering two assists in 19 league games.

His second year was in Belgium’s top-flight, but despite no previous experience in a top division, Onyekuru had his best season till date.

The Nigerian international finished as the division’s joint top scorer with 22 goals and nine assists in 38 games for Eupen.

Onyekuru’s performances attracted the interest of top clubs across Europe and at the end of his second season with Eupen, Everton signed the Nigerian.

However, he could not feature immediately for the Toffees and was loaned out immediately to Belgium- this time with Anderlecht.

He scored ten goals in 28 matches for the Belgian giants before his stay was cut short due to a knee injury that kept him out for the rest of the season.

Onyekuru could still not make his debut for Everton on his return from injury due to a work permit. But to keep him active, the Toffees sent him out on loan to Galatasaray.

At Galatasaray, the Nigerian’s good fortune continued as he scored 16 goals to help the Lions win a league and cup double.

Onyekuru’s success at the Türk Telekom Stadium was supposed to spur a burgeoning career, but the Nigerian has been on a downward spiral since.

CHECK IT OUT:  Lami Phillips writes a note to women about tolerating nonsense

Galatasaray were willing to sign Onyekuru permanently after his successful loan spell, but they could not agree a deal with Everton.

The Toffees were not willing to sanction another loan move, but they eventually sold him to Monaco. The move to the Principality gave Onyekuru the chance to test himself in one of the top five leagues finally.

However, he failed to hit the ground running in France, battling for fitness. Onyekuru made just four appearances for Monaco last season but was loaned out to Galatasaray last January with the hope he can recapture his form.

But the 23-year-old could not find the spark that saw him become a fan favourite in his first spell at the club. He scored just once in 12 games before returning to Monaco this season.

Nonetheless, the former Anderlecht star was in a confident mood at the start of this season, saying he’s ready to get his groove back.

“Monaco are a big club they know how to work with their players when it comes to transfers, just look at Anthony Martial, Onyekuru said just before the start of the season.

“I hope to make a good season or two, and hopefully the future will be bright,” he added.

But things have not turned out well for the Nigerian once again with just four appearances all season. And with him struggling at the club, it was obvious that Onyekuru needed to leave Monaco again.

And once again, it was Galatasaray that came calling, but this could be his final chance to make something out of his young career.

There have been suggestions that Onyekuru’s move to the Turkish top-flight means he may never get the chance to play in one of Europe’s top five leagues again.

CHECK IT OUT:  ‘I Want To Stay At Man City’- Pep Guardiola

The Super Lig is considered a retirement league for most players,  which is why it is a surprise the Nigerian is joining the league for the third year running.

While that may be true, it may be an exaggeration to say his time in Europe’s top leagues is over. At just 23-years, Onyekuru still has a lot of time to turn his situation around.

He only needs to find the form brought him to the public consciousness, and there’s no better place than Galatasaray.

Although his last spell at the club was not impressive, he is going back to a place where he already has the manager’s trust, which should build his confidence.

This was a factor in his decision to join the Lions for the third time. He’s familiar with the club, fans and has had success in the past.

“I chose Galatasaray because I’ve not been playing for six months,” Onyekuru said.  I just want to go somewhere that I don’t need to try too hard to prove anything to the coach or force myself into the consciousness of the club or fans.

“Here at this historical club, I can get more regular games to be back in shape. Play on a weekly basis to get my form and important fitness back.”

He could not have hoped for a better start to his third spell at the club after scoring the goals in Galatasaray’s 2-1 win over Gaziantep FK. Following the match, Onyekuru once again praised Faith Terim for helping him settle in quickly at the club.

“To be honest, I’m not 100% physically ready. However, there is a very important factor besides this,” the on-loan Monaco forward said.

“The name of this factor is Fatih Terim. The trust and support he gives me makes me feel better, necessarily.

CHECK IT OUT:  BBNAIJA:- Why I Have Not Won Arena Games – Tacha Reveals

The Nigerian international has a perfect relationship with Terim, and that has restored his confidence.

However, despite the impressive start, Onyekuru should know this is his final opportunity, and he must take it seriously. Not many players have been blessed with many chances to turn their careers around.

He has already fallen out of favour in the national team, and with the likes of Onuachu, Awoniyi and Simy having a brilliant season, the competition for places in the Super Eagles squad keeps increasing.

But a strong performance at Galatasaray could see him fall into the reckoning again. He’s a player Super Eagles manager, Gernot Rohr admires– even though Onyekuru once accused the German of having favourites.

The former Eupen striker admits he has not made much progress in his career, but he is ready to turn it around in Turkey.

“I think and know this is the best club for me to get back on track by delivering on my part with goals and assists.

“The main goal is to be champions again with this club and take it to the next step in my career.”

Onyekuru has always spoken about how it was not his wish to sign for Everton or Monaco. But while that might be true, he cannot keep making excuses and needs to take responsibility.

The 23-year-old is now at a club where he can call home, but he needs to grab this final chance as he is in the last chance saloon.