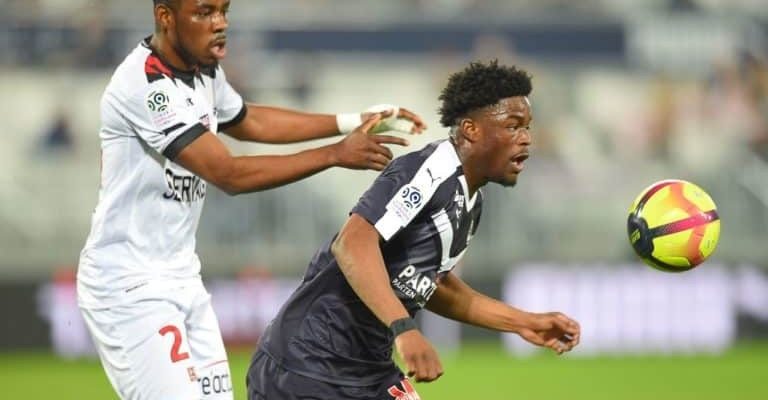 Fulham have announced the signing of Super Eagles star Josh Maja on a loan deal for the remainder of the season with an option to buy permanently.

A statement on the club site read: We are delighted to announce the signing of Josh Maja from Bordeaux on loan.

The 22-year-old striker will remain with Fulham for the remainder of the 2020/21 campaign, with an option for the deal to be made permanent.

Maja joins Scott Parker’s side from Bordeaux two years after signing for the Ligue 1 side from Sunderland. The 22-year-old’s time in France had just a few top moments despite getting enough opportunities.

The former Sunderland star scored two times in 17 league games for Les Girondins, starting 11 matches. But despite his underwhelming time in the French top-flight, Maja has a proven track record in England having scored 15 times in the 2018/2019 league one season before joining Bordeaux in January.

His arrival at Craven Cottage will provide more options in the attack for Fulham, who are currently in the battle to avoid the drop from the Premier League.

After signing his deal, Maja said: “This is a big opportunity and I look forward to meeting up with the team and working hard to achieve positive results.”

He joins his international teammate, Ola Aina, one of the three players of Nigerian descent at Craven Cottage.