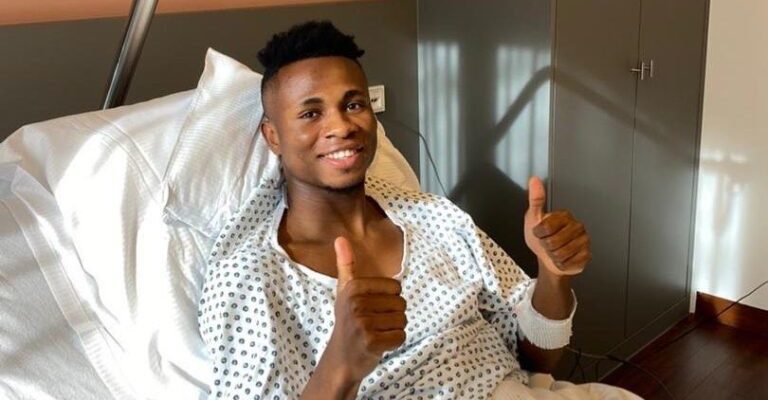 Chukwueze received treatment since cupping the injury, but surgery became the necessary next step after his pain refused to abate.

The former Golden Eaglets hero has finally gone under the knife of Dr. Ulrike Muschaweck in Munich with the operation, deemed a medical success, expected to relieve him of said pain definitively.

The exciting 22-year-old attacker has since been suffering severe pain and discomfort in his groin that has kept him out of the Yellow Submarines’ matches against Tenerife, Granada, Huesca, Girona, Real Sociedad, and Levante.

Unai Emery’s men have not won any of their three league matches since Chukwueze’s absence and were dumped out of the Copa del Rey by Levante a couple of days ago.

No return date has been fixed for Chukwueze just yet as a lot depends on the player’s recovery, but the Nigerian will undoubtedly miss his side’s La Liga clash away to Elche this weekend.

Villarreal currently sit in fifth place on the league table on 35 points, four behind fourth-placed Sevilla.

Chukwueze has appeared in 17 league games for the Yellow Submarines, but only six of those have been as a starter.

CHECK IT OUT:  FFK Replies Reno Omokri For Saying Chinua Achebe Is A Better Writer Than Prof Wole Soyinka