Bizarre photo of monkey ‘working’ at a University in Taiwan goes viral - NaijaCover.Com
Skip to content 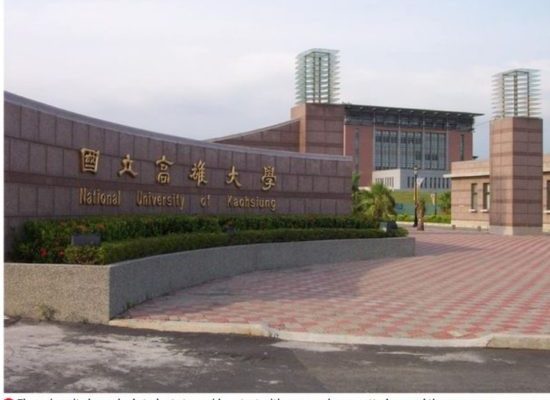 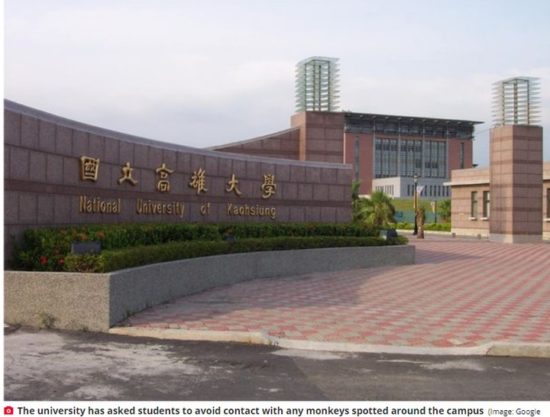 A photo of a monkey seemingly “working” at a university has gone viral.

The Formosan macaque was snapped sitting at a cubicle at National Sun Yat-Sen University (NSYSU) in the city of Kaohsiung, Taiwan. 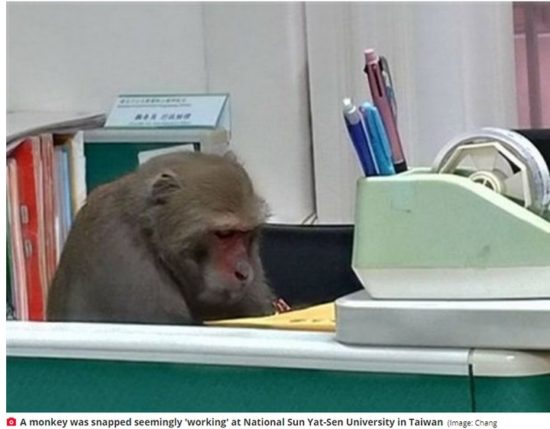 It quickly spread over social media and the image of the animal went viral online.

University student and Facebook user Chang Morgan wrote in the original social media post: “We’re currently on winter vacation, but look who came to work in NSYSU’s Institute of Communications.”

The university reportedly sits within the traditional habitat of the species, making them a common sight on campus.

They often appear on site to search for new social groups or mates, according to Lin Mei-yin, secretary-general of the Association for Coexistence with Macaca Cyclopis, an organisation aimed at helping humans and the creatures co-exist in the area.

The institution’s senior vice president Huang I-yu said the university had previously installed protective window screens to deal with the intrusion by macaques. It also regularly reminds staff not to leave the doors open.

He said the school also purchased paintball guns and a pack of dogs to scare the monkeys away.

There have been multiple incidents of the animals sneaking into student rooms to steal food and rifle through their belongings, the vice president claims.

Kaohsiung’s Agriculture Bureau reminded members of the public to be cautious around the monkeys and to avoid feeding and bothering them along with any kind of contact.

CHECK IT OUT:  Singer, 9ice ask fans to help beg his new wife after being caught in series of videos of his extra marital affairs with a side chic.

The Formosan macaque is the only native species of primate currently living in Taiwan.

The post Bizarre photo of monkey ‘working’ at a University in Taiwan goes viral appeared first on .