How the first plane crash in Nigeria happened in April 1942 - NaijaCover.Com
Skip to content 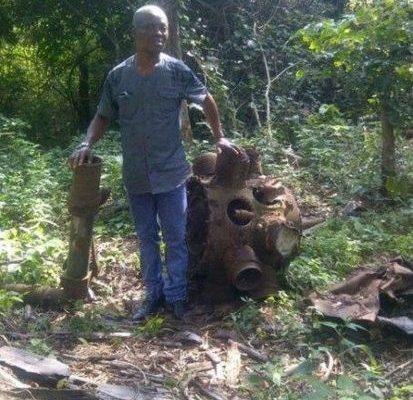 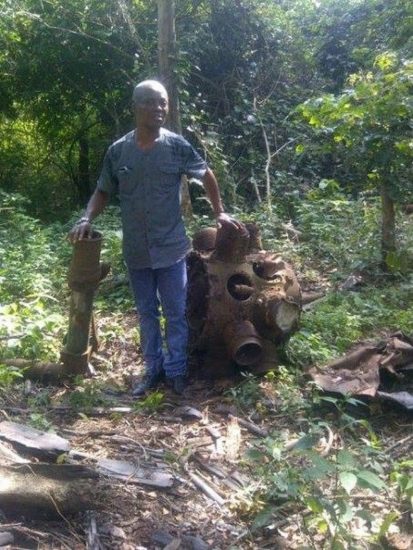 The first plane crash in Nigeria happened on the 12th of April, 1942 on a hill called Igbo Ilapa in the quiet town of Ikogosi, Ekiti State.

Besides being famous for housing a popular tourist attraction where warm and cold springs meet, Ikogosi happens to be the first place where a plane crash incident occurred in Nigeria. 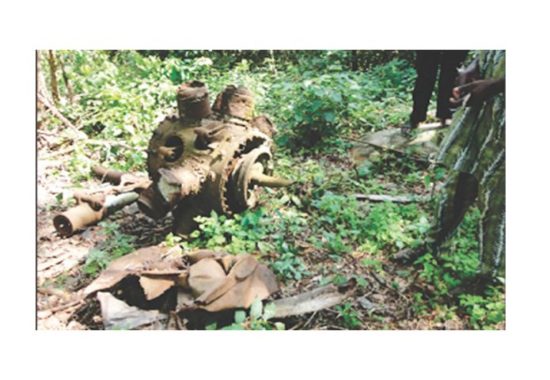 How did the crash happen?
The 2nd world war was ongoing when a cargo plane which was carrying arms and ammunition (including explosives) crashed at Igbo Ilapa in Ikogosi. The explosives made the crash a fatal one as they kept exploding for hours.

First Plane Crash In NIgeria
This set the whole of Igbo Ilapa, now called Igbo Baalu (forest of aeroplane), on fire and destroyed every living and non-living thing in the environment. OldNaija gathered that the pilot, with great efforts, manoeuvred the plane to crash on the forest-cloaked hill instead of the quiet town which would have left many people dead and several properties destroyed.

Till this very moment, two hole-riddled engines and other body parts of the plane can still be found on the hill.
And for Nigerian owned plane, the first crash was recorded on the 20th of November, 1969. The plane, DC-10, was owned by the government. The plane took off in London and crash-landed in Lagos. 82 people, including the plane crew, died in the crash.

The post How the first plane crash in Nigeria happened in April 1942 appeared first on .