“Even her salary no reach” Oritsefemi reacts to allegations his wife Nabila is the one ‘feeding’ him - NaijaCover.Com
Skip to content 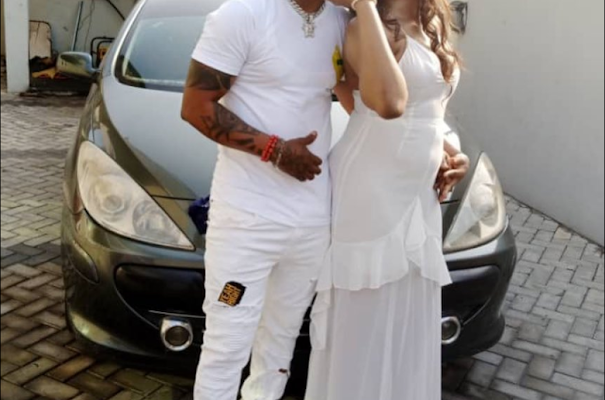 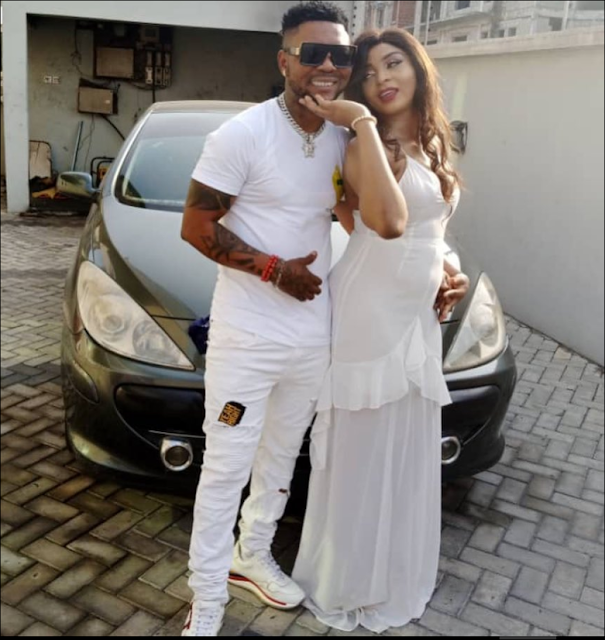 Oritsefemi has reacted to allegations his wife Nabila Fash is the one with the money in their marriage.

The singer and his wife are currently having issues in their marriage. His wife accused him of infidelity and this led different people to weigh in on the couple’s relationship.

Some who shared their opinions claimed Oritsefemi isnt as rich and his wife’s money is what the family relies on.

Responding, Oritsefemi denied this. He said his wife’s salary can’t feed him, neither is it up to what he charges for “ordinary collaborations alone”, and that’s why he encouraged her to start her own business venture.

He added that he helped his wife to establish her business yet she had the audacity to ask him to “sign an agreement” and then told her worker to tell him to “wait at the reception.” He added that he has not less than 9 landed properties with documents. 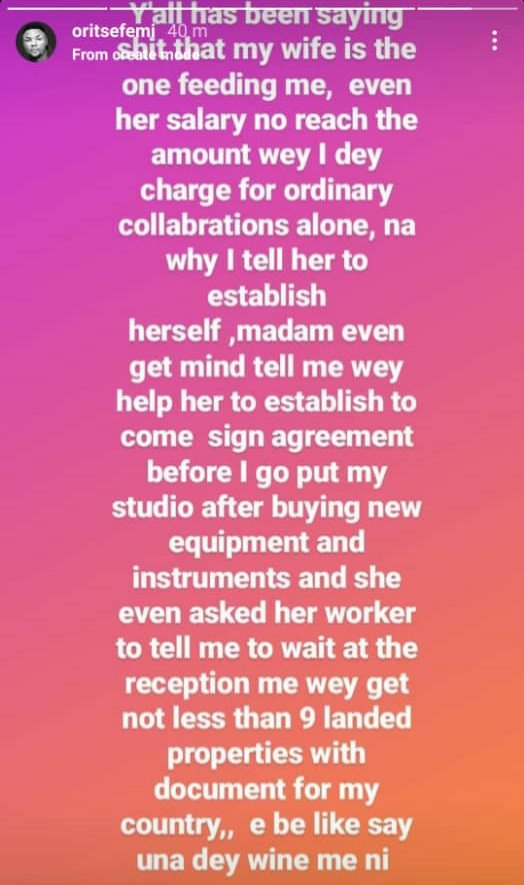 The post “Even her salary no reach” Oritsefemi reacts to allegations his wife Nabila is the one ‘feeding’ him appeared first on .

CHECK IT OUT:  Buhari’s Daughter Speaks On Asking DSS To Arrest Trader For Using Her Previous Phone Line