I respect Seyi Makinde as a Governor but I am his father politically – Fayose - NaijaCover.Com
Skip to content 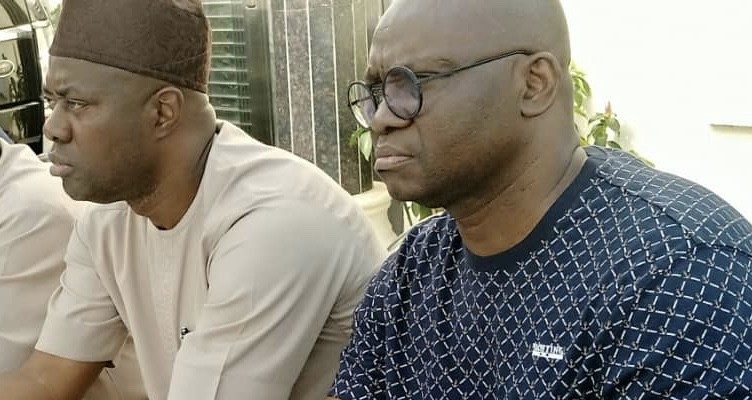 Former Ekiti State governor, Ayo Fayose on Sunday said he is qualified to be referred to as the father of Governor Seyi Makinde of Oyo State.

Speaking on Channels Television programme ‘Sunday Politics’, monitored by Daily Independent, Fayose said while he respects Makinde by virtue of his position, he is a leader to the Oyo governor by virtue of seniority, having been elected as governor in 2003 when Makinde was 32 years old.

“I am not into any leadership struggle with Governor Makinde but the fact is, Governor Makinde cannot come out and say he is my leader. He is not. The fact is that if my son is coming and he is a governor, I have to get up because it is the norm”.
“The gentleman is a governor and I must respect his office. Governor Makinde by all standards is the only PDP governor in the West . But all South-South PDP governor, who is their leader? Because he is the only one we have I used to be like that but I never said to anyone, I am the leader of the west. But if he wants to be addressed like that, it is okay”.

CHECK IT OUT:  “Buhari Stop The Bloodshed In Rivers State” – Nigerians Protest In London (Pics)

“He is the leader in the South-West by reasons of his office. When we go out, we will say Your Excellency but when we are at home, we are his father”.