May the Lord honour your mum: Olakunle Churchill prays for Tonto Dikeh on son’s 5th birthday - NaijaCover.Com
Skip to content 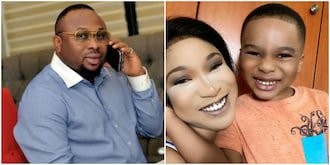 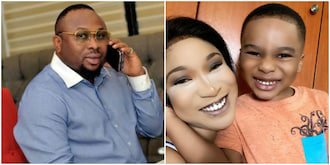 It is no longer news that Churchill is not actively in their son’s life due to the falling out with his mother, Tonto.

Despite that, Churchill took to social media to wish their son a happy birthday as he clocked five.

The philanthropist shared a drawing of himself with King as a little boy and accompanied it with a caption where he prayed for both mother and son.

Churchill said that the day had always been a significant one and he asked God to surround the baby boy with peace and prosperity.

Taking things a step further, the proud father also extended his prayers to Tonto. He asked God to honour her and shower them with true happiness for the rest of their lives. 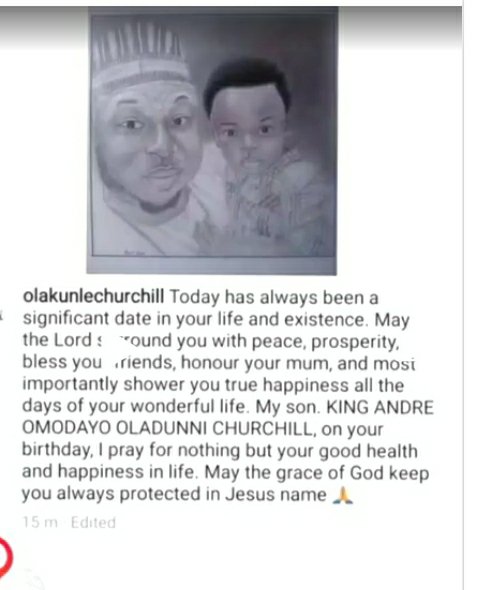 The post May the Lord honour your mum: Olakunle Churchill prays for Tonto Dikeh on son’s 5th birthday appeared first on .