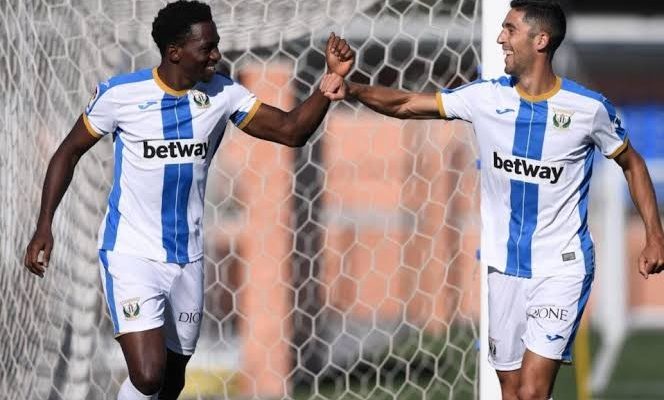 2013 African Cup of Nations winner
Kenneth Omeruo and Umar Sadiq made huge impacts for their respective clubs at the Estadio Municipal de Butarque but it was the Super Eagles defender who laughed last as Leganes defeated Almeria 2-1 in a game week 21 clash.

Umar Sadiq opened the scoring in the 8th minute for the visitors – his 12th league goal of an incredible debut campaign in Spain.

But after Borja Baston equalized for the hosts shortly after the interval, Nigerian international centre-back popped up with a late, late winner to hand the Cucumber Growers a sweet, sweet home win.

CHECK IT OUT:  Mourners Attend General Soleimani’s Funeral, As Iraq Asks US Forces To Leave (Photo)