Gernot Rohr Speaks On Josh Maja’s Form Ahead Of Next Month Qualifiers - NaijaCover.Com
Skip to content 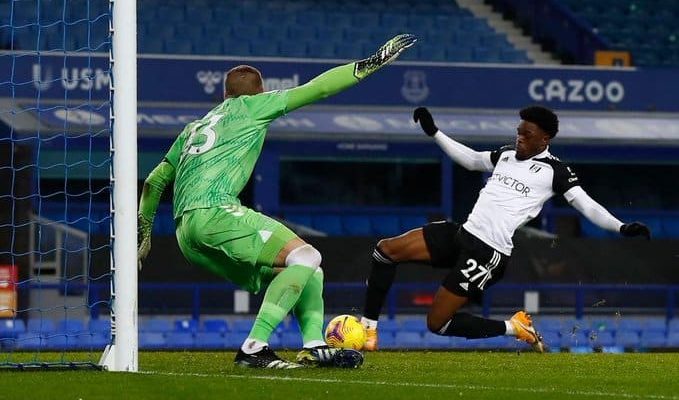 Super Eagles manager Gernot Rohr has expressed his delight over Josh Maja’s recent form ahead of the Afcon qualifiers against the Benin Republic and Lesotho next month.

The 22-year-old had an impressive full debut in the Premier League after he scored twice in Fulham’s 2-0 win over Everton at Goodison Park last Sunday.

Maja joined Fulham on loan in January following his struggles with Bordeaux. The Nigerian international’s time with Les Girondins in the French top-flight was mostly underwhelming as he was used more as a substitute.

However, he delivered a man of the match display on Sunday to the delight of his national team manager, who hinted Maja could get a Super Eagles call-up for the first time in almost two years.

When asked about players likely to be invited for the two games, Rohr said on Brila FM:  “Yea, we are scouting every match of course from our players and you spoke about Maja,

“Yes, I’m very happy for him because we saw him a lot in Bordeaux not playing, on the bench, coming in sometimes. But he’s really succeeding now. His first match he scored two goals. We are happy for him.”

Maja has not played for Nigeria since he made his debut in the 2-2 draw against Ukraine in 2019. However, if he maintains his recent form, he could get an invitation for the games against the Benin Republic and Lesotho.