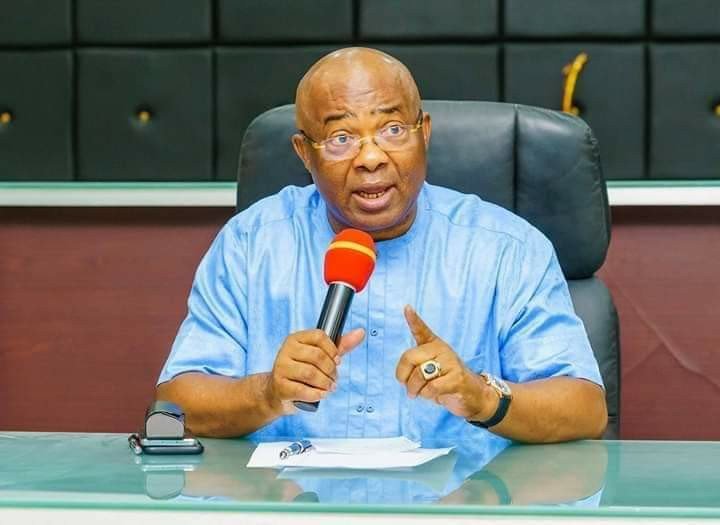 The Imo state government has thrown its support behind the ongoing joint military and police operation in Orlu Local Government Area of the state, aimed at clearing camps allegedly built by members of the IPOB’s Eastern Security Network.

Attorney General and Commissioner for Justice, Cyprian Akaolisa who briefed newsmen on Friday February 19 said they invited the military to intervene following the killings allegedly perpetrated by members of the ESN.

Akaolisa also said that they have an intelligence report of IPOB leading an attack against Orlu people and the government under the pretext of looking for Fulani herdsmen.

“The attacks on police stations and killing of policemen during #EndSARS were carried out by IPOB and not protesting youths for the sole purpose of hijacking and stealing weapons.

“They are now using those arms to destroy Orlu. They killed 10 policemen, a prominent Orlu soon, Ignatius Obiezu, and one Emmanuel Okeke and collected their Hilux vehicles.

“The IPOB also shot and killed four Moslems doing their business in Orlu. IPOB said they were looking for herdsmen, but these victims they killed before the crisis.

“Were they herdsmen? We heard Nnamdi Kanu celebrating the activities of his men in Orlu that they are doing well by killing innocent citizens. There are no Fulani herdsmen in Orlu.”

CHECK IT OUT:  I’m Combative, I Can’t Change – Oshiomhole