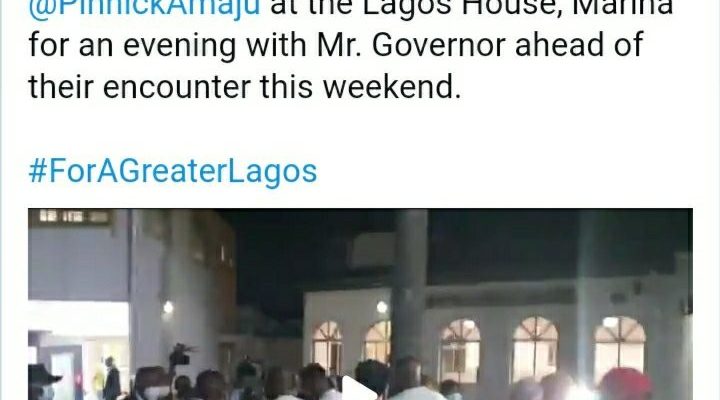 The Nigerian national football team are camped in the state ahead of their AFCON 2021 qualifying showdown against Benin and Lesotho.

Gernot Rohr and his boys will file out against the Squirrels of Benin in Porto Novo on Saturday, March 27 and then return to Lagos where they will face Lesotho at the Teslim Balogun Stadium on March 30.

With barely three days to the showdown in Benin Republic, the Chief Press Secretary to the Lagos state governor Gboyega Akosile disclosed that Governor Sanwo-Olu welcomed the team to the State House in Marina. The statement said:

Lagos State Governor Jide Sanwo-Olu has just received the Super Eagles players and the NFF chairman Amaju Pinnick at the Lagos House, Marina for an evening with Mr. Governor ahead of their encounter this weekend.”
Footage showed NFF president Pinnick introducing the players and technical crew to the governor and other dignitaries. 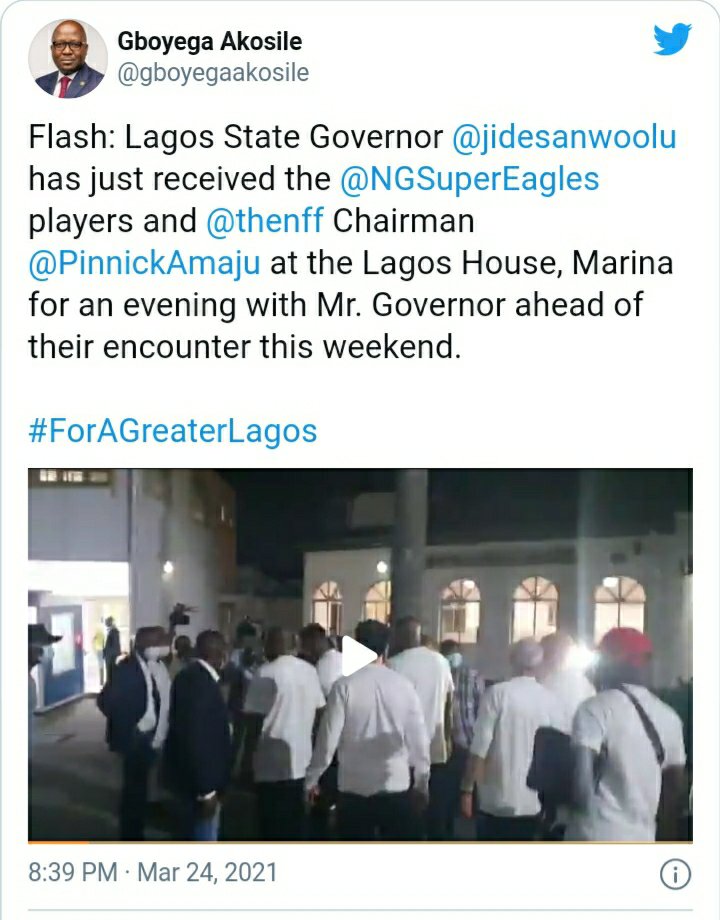 CHECK IT OUT:  Police Raise Team To Probe Alleged Rape Of Abuja S*x Workers By Officers