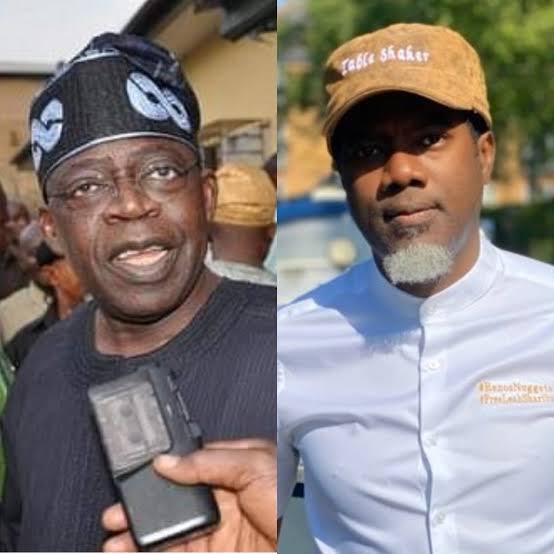 A former aide to ex-President Goodluck Jonathan, Reno Omokri, has berated the national leader of the All Progressive Congress (APC), Bola Ahmed Tinubu, for donating money to victims of the fire disaster which engulfed Katsina Central Market.

Tinubu had on Wednesday donated the sum of N50m to victims of the fire disaster which engulfed Katsina Central Market on Monday.

The national leader of the APC paid sympathy visits to traders and other victims of the market in the company of the State Governor, Aminu Bello Masari, a report stated.

Reacting to the donation, Omokri criticized Tinubu who according to him did not donate money for the victims of the Sasa market crisis in Oyo State and the Ijesha market fire victim in Lagos State.

Omokri on his official Twitter handle on Wednesday, lambasted the leader of APC, saying, “Obviously, Tinubu’s charity does not begin at home.”

The post Tinubu’s Charity Does Not Begin At Home – Reno Omokri appeared first on .