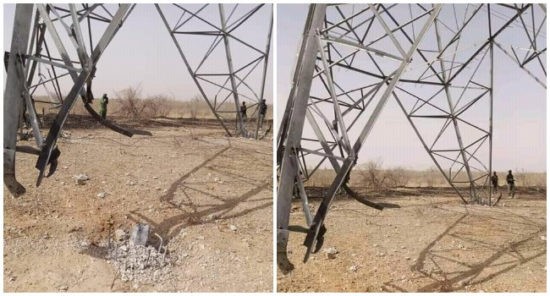 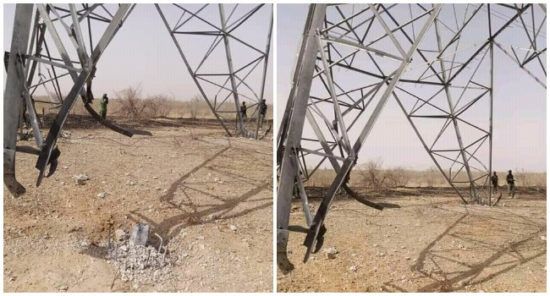 Boko Haram terrorists have blown up a power tower in Maiduguri, plunging the capital city into darkness again barely three days after electricity was restored.

The terrorists had struck power installations thrice to keep the city in the dark in January. Channels Television reported that it took power authorities almost two months to repair the damage inflicted in January as the insurgents laid land mines, which injured officials of the Transmission Company of Nigeria when repairs commenced.

However after electricity was restored on Wednesday March 24, the insurgents launched another attack on a power tower in the city.