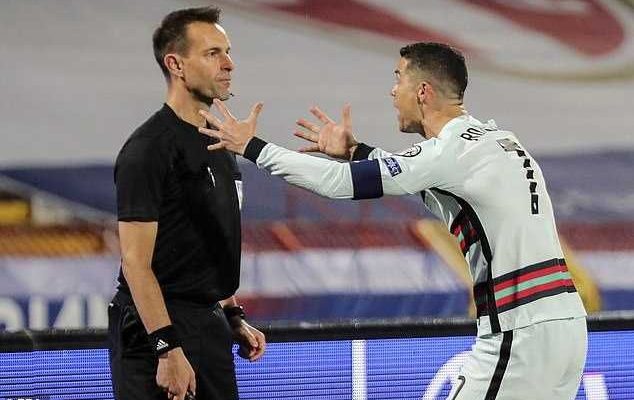 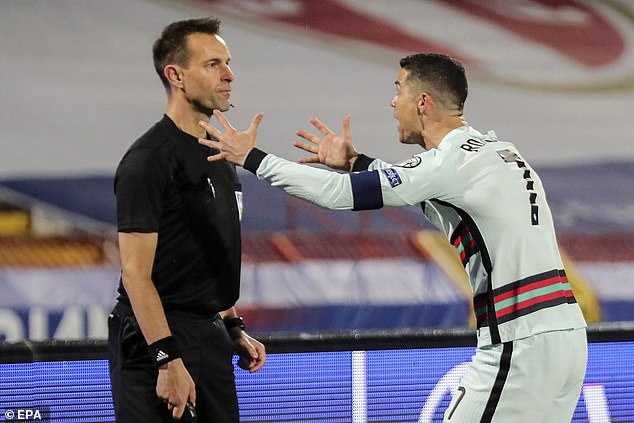 Cristiano Ronaldo left the pitch angry after his goal for Portugal vs Serbia in a 2-2 draw.

Ronaldo appeared to have won the game for Portugal when he played fired the ball into the net at the end.

But, Serbia defender Stefan Mitrovic ran back to play the ball off the line, and match officials ruled out the goal.

However, replays of the incident showed the ball did go over the line and Ronaldo was furious.

He complained to the match the officials before throwing the Portugal armband away and storming off the pitch.

Diogo Jota gave Portugal a quick 2-0 lead in the first but Serbia came back into the match and it ended 2-2.

CHECK IT OUT:  Iran: Reconsider Travelling To Nigeria, US Warns Citizens (Read Details)