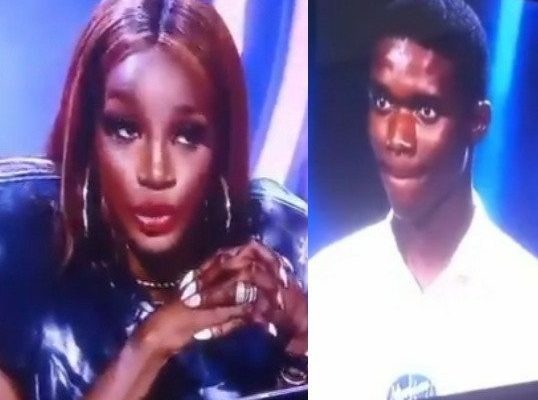 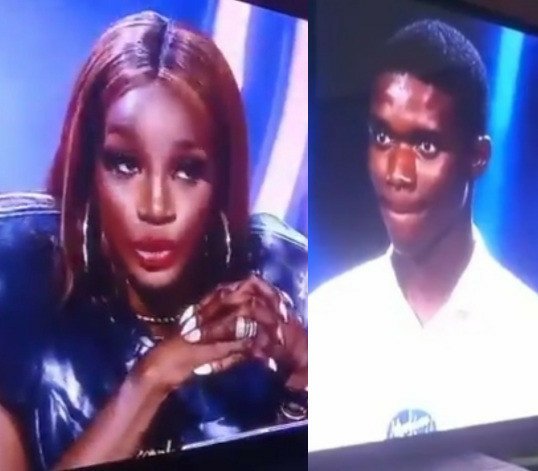 The singer who was criticized by Seyi Shay during his audition has spoken out after the video went viral.

Ayo Torrus auditioned for Nigerian Idol but he didn’t get a positive feedback from the judges after his performance.

Seyi Shay, who is one of the judges said to him after his performance: “Somebody lied to you and told you to come and audition, and that person, you should go back and tell them they’re not your friends because that was not good audition.

“Oh, you have a good talking voice, and it comes out in your singing voice, but your performance, terrible. You’re never going to make money being a singer.”

When the video went viral, Seyi Shay trended on Twitter.

The young man has now reacted.

He retweeted the video of Seyi giving him feedback after his audition and wrote: “This broke me Emotionally and Psychologically, but God got me !!” 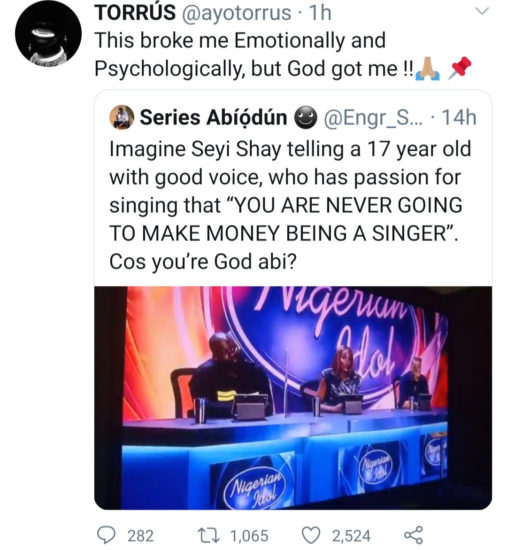