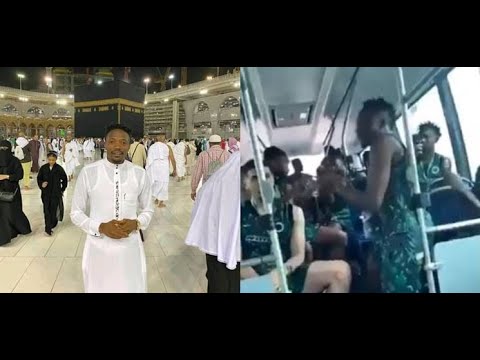 Captain of the Nigerian football senior national team, Ahmed Musa has amazed social media users after a video of him leading his teammates in a praise and worship session ahead of their all-important game AFCON Qualifiers game.

In a video shared on the internet, the morale was high in camp as the Super Eagles were seen singing and dancing in the team bus whiles they were being conveyed to Teslim Balogun Stadium, for their Africa Cup of Nation’s last qualification match against Lesotho on Tuesday.

However, what got Nigerians impressed was seen Ahmed Musa a Muslim leading a group of Christians to seek the face of the Lord for his protection and victory prior to their game.

However, their praises and worship was not in vain as the Super Eagles emerged victorious at the end of the match with a 3-0 win.